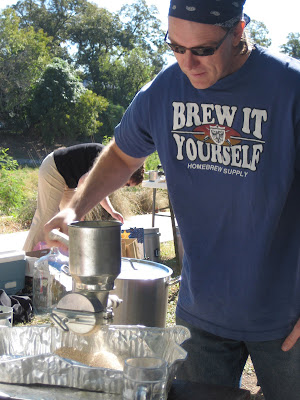 {His t-shirt says it all!}
I'm late in getting around to this post, but I promise I had it in the queue for the past month!

Micah and I (I'm here just for the free beer) are part of the Bexar Brewers, the main and might I say the BESTEST (yes, that is correct) homebrew club in San Antonio. 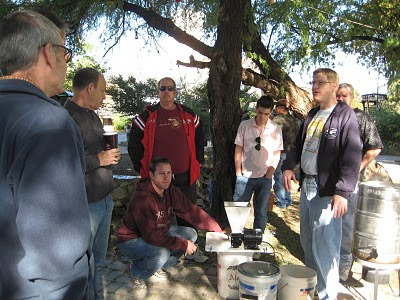 {waiting for the grain to be milled}
While some of the brewers in the BB club have been brewing for decades, there are also some people who have only started brewing in the past few years. To cultivate the homebrewing community, the BB take part in Teach a Friend to Homebrew Day.

Since this was Micah's first time particpating in this event, he teamed up with fellow BB Ben to brew a wheat IPA. 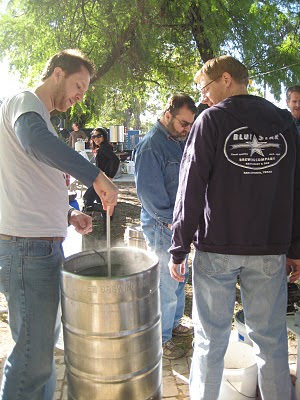 {Micah has a tough job} 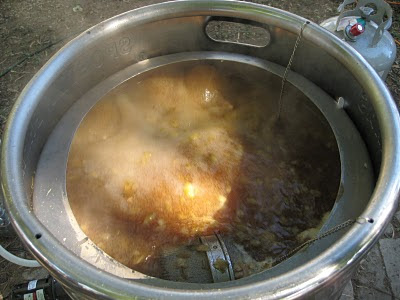 {wort bubbling away}
I wrangled up some folks from work who were interested in brewing their own beer and told them to come on down to the Blue Star Brewpub to watch all the action go down!

It could not have been a more perfect day to brew!

According to the BB current President, this was the largest showing for TFHD that they've ever had! YAY! 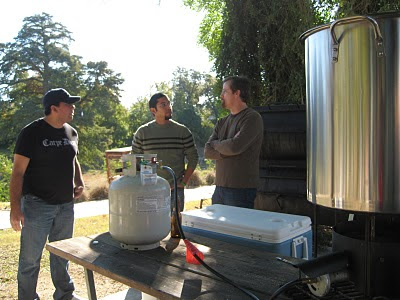 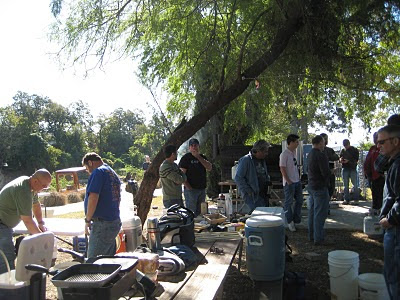 {people eager to learn and teach!}
It was actually really interesting to see all the different rigs that each brewer used. Everyone brews differently so it was nice to see how everyone else makes their witches brew. 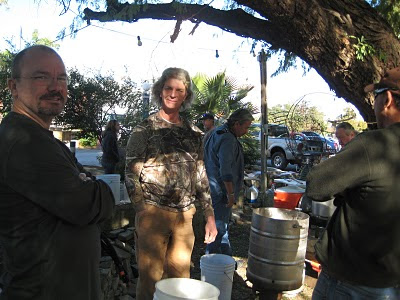 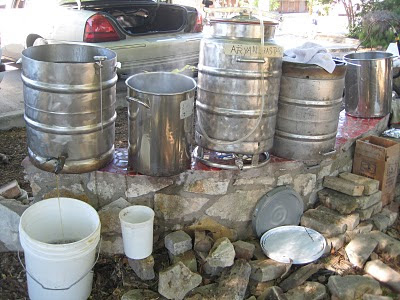 {Larry in the camo shirt and this is his rig} 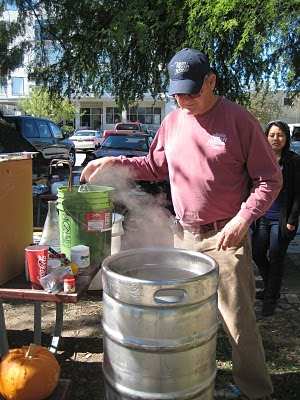 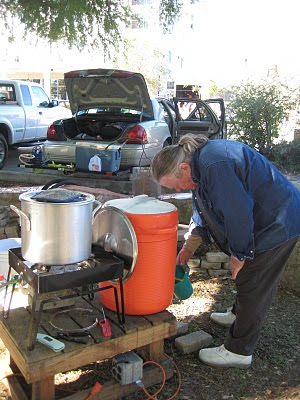 {L: Ron is making a pumpkin beer, R: Dick is checking his brew} 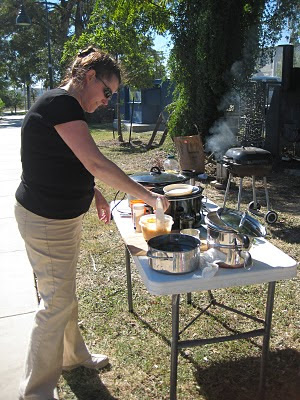 Oscar's wife, Sherry, was a sweetheart and decided to make beer food for everyone that day. Everything she made from the cheese dip to the beef skewers had some type of beer component.

Everyone had a great time and the event was a great success!!

If you're interested in getting into brewing your own beer, check out the Bexar Brewers site and even attend a meeting! We won't bite...
Posted by Calily at 12/15/2010 12:15:00 PM No comments: Links to this post