A bevy of beverages along Fitzhugh Road

Ten years ago, the homeowners and ranch owners along Fitzhugh Road in southwest Travis County probably never thought their sleepy little two-lane would end up being home to a whole slew of companies making beer, wine, cider and spirits.

While Fitzhugh Road isn't technically in Dripping Springs, it's pretty darn close and whenever we have visitors in town, the easiest and funnest trips we do is a trip down Fitzhugh Road and then a stop at the Salt Lick for bbq. It's the perfect day trip!

Jester King Brewery kind of started the booze trend on this stretch of road when they officially opened in early 2011. I remember seeing fliers at Austin Homebrew in 2010 for investment opportunities into Jester King and fast forward five years and they're one of the hottest breweries in town and the crowds line up early for their special releases. Why didn't I invest?!?

After JK opened and started doing well, a lot of companies followed suit out to the winding road. Permitting/zoning seems to be easier since it's not in the City of Austin.

If you're looking for something to do on a Saturday afternoon, I suggest you mosey on down to Fitzhugh. Here are a few of the places that you should visit:

This brewery is in a commercial park that seems like it was made just for drinking (Argus Cidery and Revolution Spirits are in the same complex). 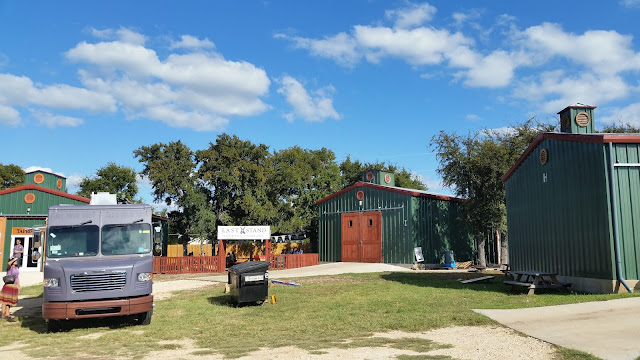 Last Stand recently expanded their facility (they took over a 2nd warehouse) and now they have a fully functioning taproom that has a/c! You know that a/c is needed when it's 100 degrees during peak summer.

For a fairly new brewery, they brew some of the most solid selections of beer in town. We always enjoy the various belgian beers they have on tap. The only real problem? They tend to brew beers that have a higher alcohol content, so I would stick with the tasting trays if you're hitting up several places! 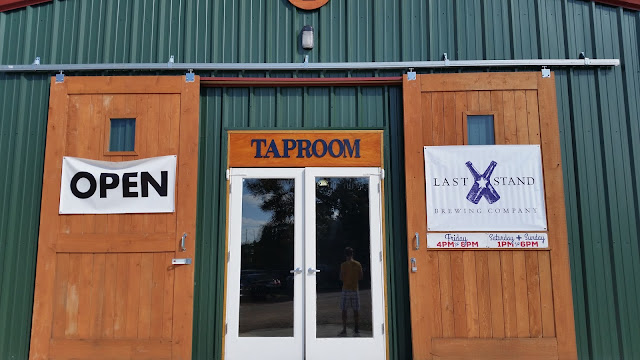 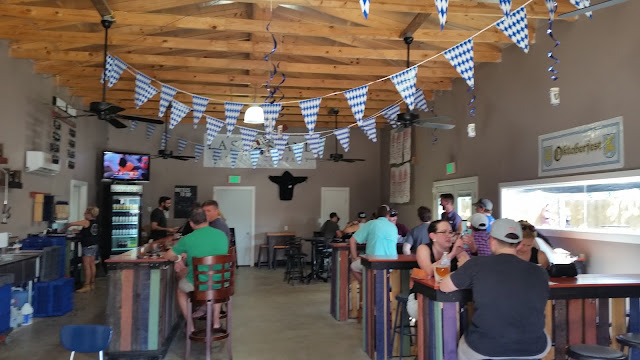 The new and improved tap room has plenty of seating and the all important a/c. They still have an outdoor space that you can enjoy on a nice day. 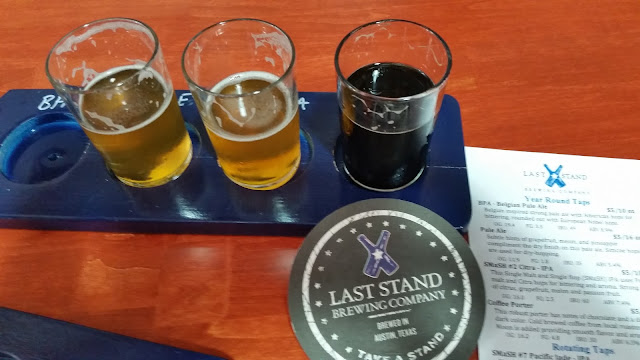 Take it slow and get a flight. We have several more places to hit up.

Right next door to Last Stand is Revolution Spirits, which specializes in gin. While I'm not a fan of gin, it's still a great place to visit to try the gin (samples are free) and even get a cocktail made with their gin. If you're a fan of super-spiced gin, you might like Revolution's. They put a good amount of juniper in it!

The company is also making a new coffee liqeur that is delicious! Pro Tip: Spec's sells it for cheaper than they do at the distillery. 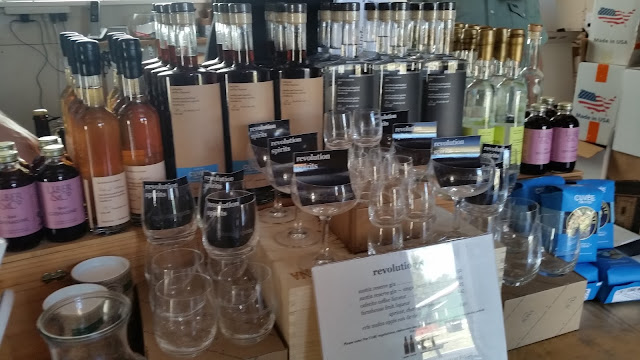 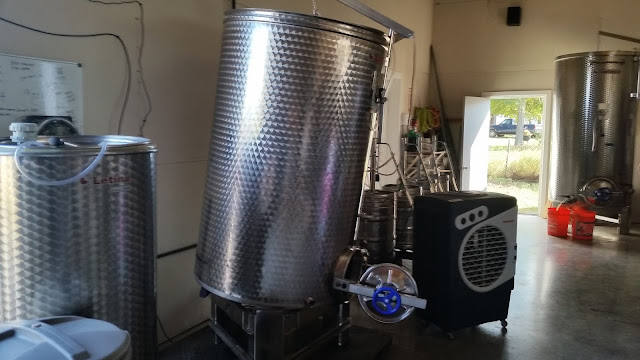 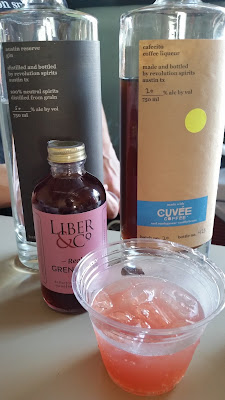 After you're finished getting your gin and tonic on at Revolution, walk down to Argus Cidery. They're in a green building as well, but the shop is at the entrance -- it's on the immediate left when you turn into the commercial space. It's kind of unfortunate the shop isn't as visible as Last Stand and Revolution.

The ciders they make here are dry and delicious. If Austin Eastciders has the hipster can cider going on, Argus Cidery is the fancier sister. They only sell their stuff in 750ml bottles, which I think is nice but for them to be more accessible, they might have to start canning to compete with Eastciders. 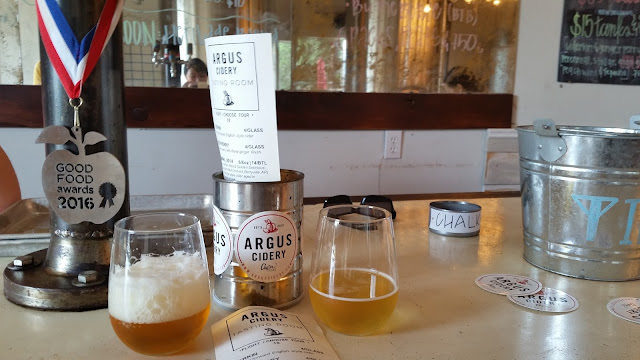 Argus Cidery actually introduced me and Micah to Tepache awhile back and we've been fans ever since. Micah now brews his own Tepache (pineapple wine) and it's great! Argus is small but there's decent seating along with some outdoor space. The interior space is nicely decorated though! P.S. there's no a/c here. 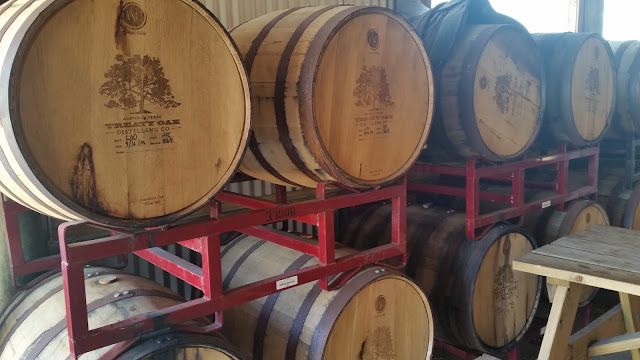 Argus also teams up with Treaty Oak (which I will get into next) to barrel-age their ciders in the whiskey barrels.

Treaty Oak has technically been distilling for 10 years but only recently opened their new and inviting space on Fitzhugh this fall. The space that they've created is very similar to Jester King's. There's a barnyard and no air conditioning here either. 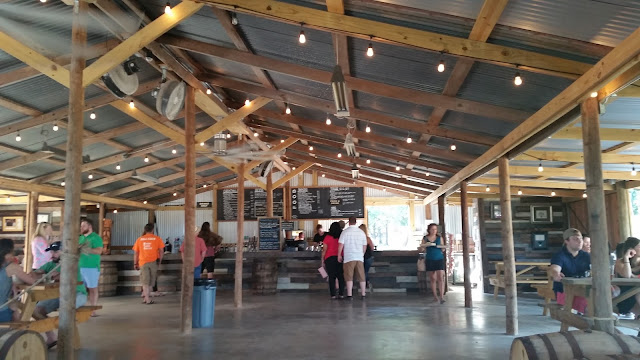 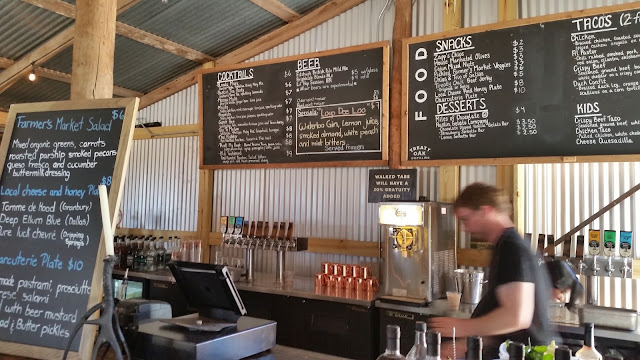 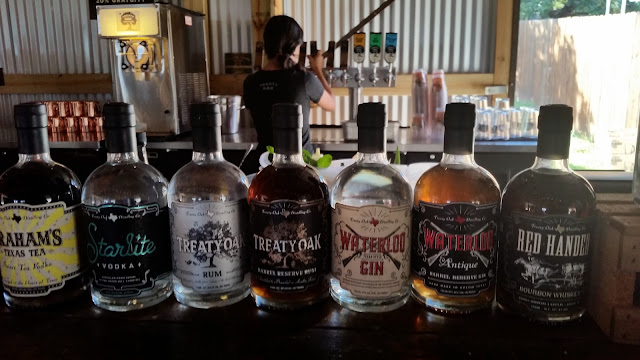 While they're known for their spirits, the company just officially launched their three year-round brews. When we were there for their grand opening party in October the "test" beers they had on tap were not very tasty, so hopefully they fine-tuned their brews for the market. Treaty Oak follows what Ranger Creek did in San Antonio but in reverse. Ranger Creek was always going to make whiskey, but since that takes a few years to get out of the barrel, Ranger Creek started making and selling beer first as the whiskey was in the queue.

But enough about their business model. When you get to their space, there's a shop towards the front where you can buy bottles and other gear. Towards the middle is the main space with drinks on tap and a small menu. Their cocktails are priced well and I was thoroughly impressed with their Old Fashioned. 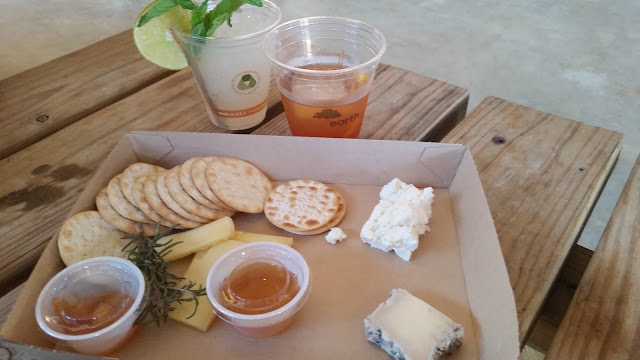 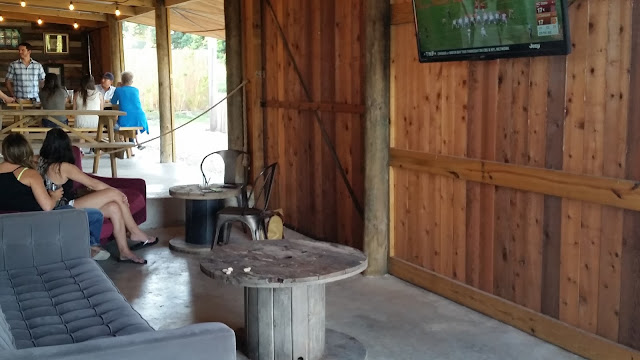 There is plenty of seating and if you really must watch TV, they have that here too. 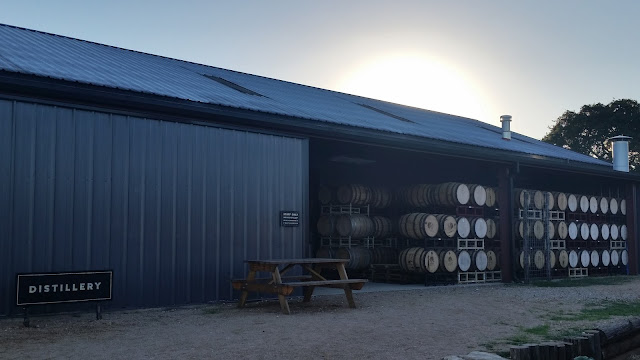 Last but not least, the biggest kid on the block is JK. If it's a pretty day, you should expect to see a large crowd here with their dogs and children in tow. However, the lines can get long depending on what beers they have on hand that week so be prepared! The brewery has one main taproom (teeny tiny) but they supplement that by having a couple of mobile tents that have servers as well, just be mindful that the outside tents usually have a smaller selection. 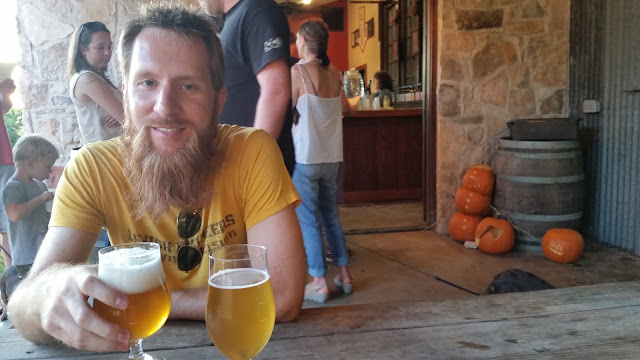 If you don't know about JK beers, I don't know where you've been. They're known for their farmhouse Belgian-style beers. If you come on a day where there's a special release going on, someone might approach you about buying a bottle for them (since JK usually limits special releases to 2 per person). These people then turn around and trade/sell their beer with other beer folks across the country. If you don't like funky beers, JK also has a full list of wines and other breweries beers on hand, so you'll find something!

If you're hungry, there's a pizza joint down the hill along with another bar space operated by another entity. 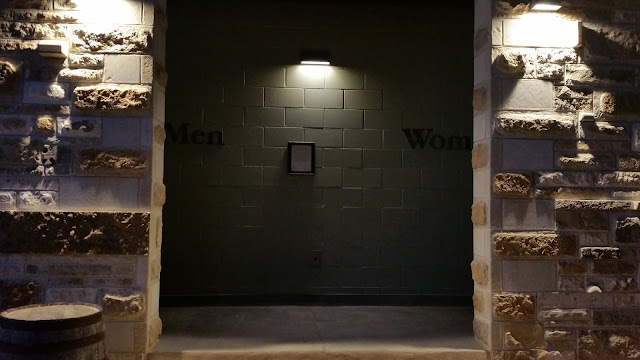 For the longest time, my biggest pet peeve with JK was the lack of real bathrooms. They always had one bathroom in the main taproom and several port a potties, but that was it. After five years, they finally put in some REAL bathrooms! 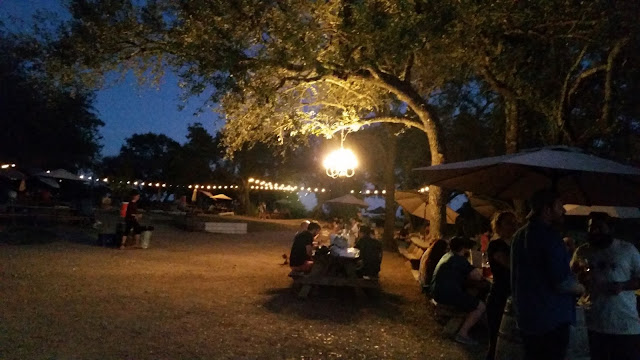 Drinking on the edge of the Hill Country on Fitzhugh Road at dusk is the perfect way to end a great day!

While I didn't include it in this post, here are some other spots along Fitzhugh Road you should visit: