According to this USDA calculator, it costs approximately $3,200/year to feed a teenager. I'm sure having a teenage boy brings that number up a tad bit. 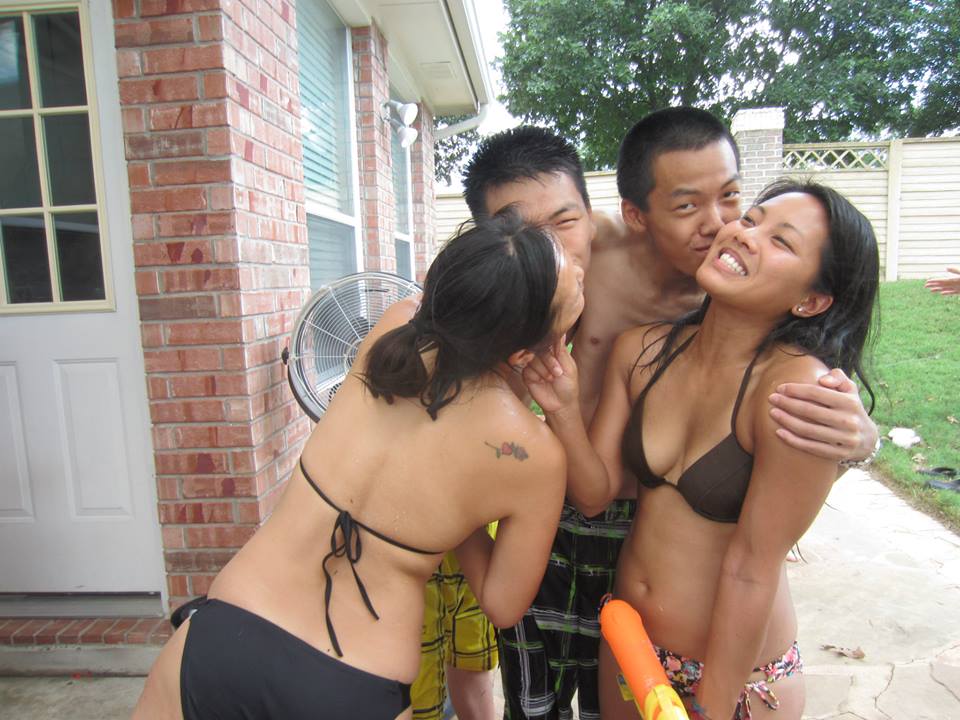 {my nephews love their aunts!}

Last week, my two nephews, ages 15 and 14, stayed with us for a week -- you know they were excited about hanging with the cool aunt, no offense seester. They might look thin, but the boys can eat!

While I usually cook about 2-3 times a week, the leftovers are enough to feed me and Micah for most of the work week, having still-growing boys around sure changes things. 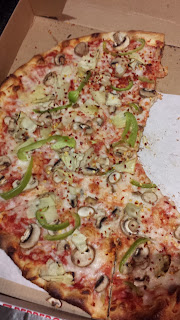 On the first night, we ordered two large pizzas that fed us through Monday ($10 for a 16" 3-topping pizza at Niki's Pizza is the best deal around!). Micah will routinely go here on days when I'm out of town or there is nothing in the fridge.

On Monday morning, I got eight breakfast tacos from a nearby place for $11. For dinner, I made chicken tortilla soup with some leftover rotisserie chicken I had stowed away in the fridge.

On Tuesday, I made bo luc lac (shaking beef, my nephew calls it steak salad). I actually bought extra beef a few weeks earlier (on sale at Sam's Club!) and froze it knowing that my nephews were going to be visiting. Micah doesn't eat red meat so that beef dish was just for the kids. I also made sausage cheese biscuits so the kids would have something to grab from the fridge when they wanted a breakfast item or something to snack on during the day. Those lasted all week!

On Wednesday, Micah went grocery shopping with the kids and went CRAZY with a big generic bag of Fruity Pebbles - or Dino Pebbles as HEB calls it. We also got the usual staples: milk, oj, bananas. I didn't make anything that day.

On Thursday, I bought one pound of deli turkey meat and accoutrements to make sandwiches. The boys ate that for lunch and I pre-made a sandwich for Micah's dinner. I also bought a whole chicken and veggies to use on Friday. That grocery store trip cost around $43, but the goods will last through the weekend.

On a side note, did you know that a lot of H-E-B's don't carry alfalfa sprouts anymore? Due to the salmonella/listeria outbreak last year, H-E-B switched to sunflower sprouts! While the sunflower sprouts provide the crunch I like, they're still no alfalfa.

On Friday, I made baked chicken bites with honey mustard dip, rosemary mashed potatoes and a side salad. That lasted for lunch and dinner!

On Saturday, I made California egg sandwiches (and by CA, I mean with avocado and sunflower sprouts) before we went tubing later in the day. For dinner, we opted for dinner out and went to our favorite Greek restaurant, Santorini Cafe ($35). We even got froyo for a late night snack ($12)!

On their last morning with us, my nephew and I made pancakes. I also cooked up some home fries to go with the pancakes as well as a peaches and cream sauce to go on top of the pancakes.

After breakfast, we went to Sam's Club to refill the fridge with milk, oj, eggs and other pantry items ($40). When we got back, I whipped up some spinach and artichoke dip for us to snack on. Since free labor was sitting around the house for a few more hours, Micah got the kids to help him clean his 50-gallon fish tank that has been sitting in the dining room for months. In return, he got us all boba tea. lol.

So in total, we probably spent around $200 on food/snacks the whole week. We obviously went out a few more times (e.g. tacos, froyo) than we normally would, but that would only save $50 give or take. So yeah, I can see where the $3200/year number comes from. I'm glad I'm not having any kids, they're too expensive. But I do love having temporary kids every now and then! If I had them for a longer period of time, I would probably budget a bit better and plan menus ahead of time.

Other things to note:
**sorry about the lack of pictures, was entirely too busy feeding hungry mouths to take pics! How does the Pioneer Woman do it?!**
Posted by Calily at 7/30/2013 10:27:00 PM No comments:

My aunt (mom's sister) and her husband live in Vancouver, B.C. They've lived there since they left Vietnam around the same time my parents fled the country. 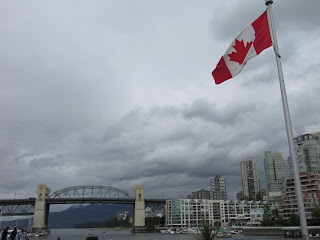 Growing up in California, we would travel up to Vancouver every few years and they would come down to visit us every few years. I still have a World Expo '86 tshirt from that year!

I was so excited to see my aunt and uncle since I haven't seen them since my cousin's wedding in 2005! Entirely too long. My mom was supposed to be in Vancouver as well but she ended up having to stay home due to a detached retina. Yikes. 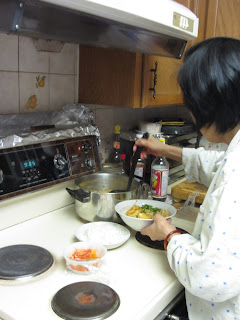 When we got in, my aunt made us delicious bowls of bun rieu! How did she know Micah doesn't eat red meat? Pure coincidence. 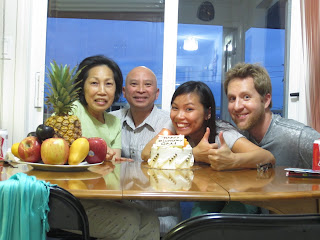 My lovely family also got me a birthday cake!! I think my uncle said he saw the bday alert on his FB!

On our first full day, we visited Granville Island. It's always a pretty place to visit. 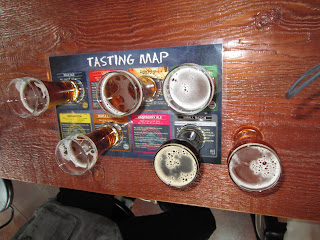 We stopped by Granville Island Brewing Co. and had a taster set that was decent enough. The beers are pretty generic and nothing special. 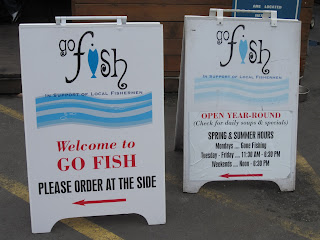 With the help of Yelp, I found this Go Fish place on the other side of the island. Amazing seafood chowder, fish and chips and fish tacos. Small place but prices were great. 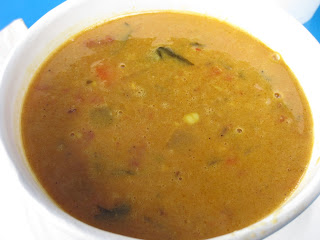 We also made a jaunt up to the Capilano River Hatchery. 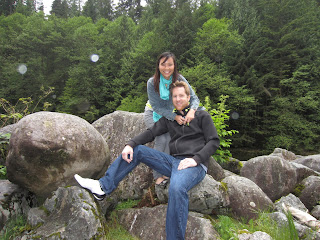 I've been here numerous times and it still is interesting! It's also free, so why wouldn't you go? 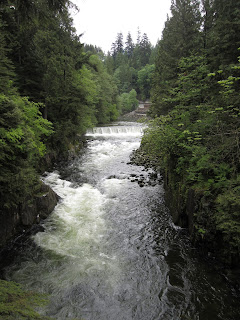 I would love to visit when the salmon are actually coming back up the stream  (this stream pictured!) - can you imagine that sight??

On our next day, we decided to make the drive up to Whistler. I really just wanted to see a BEAR. We stopped along several waterfalls along the way. 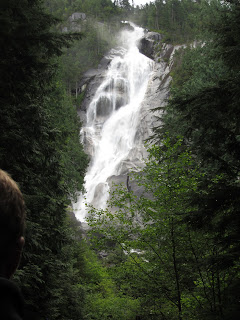 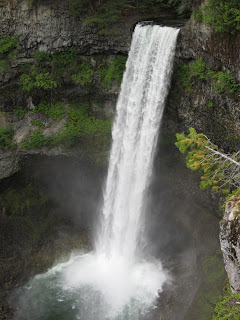 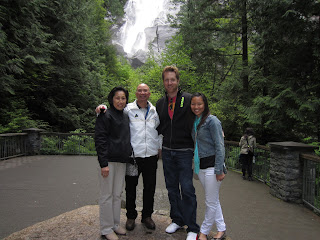 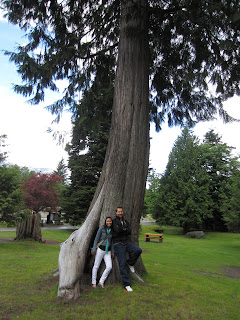 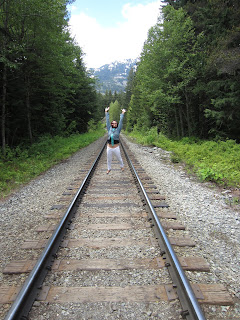 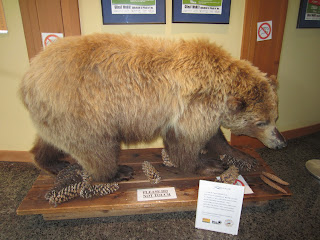 So I came across this bear. He apparently was poached, stuffed and when his owner's home was seized, he ended up as an "poaching awareness" campaign. Why would anyone need a stuffed bear in their home? 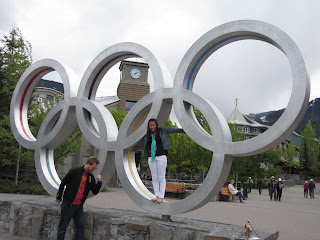 While Whistler was home to the Winter Olympics a few years ago, there was only small patches of snow left. In the summer season, the mountains are used for dirt bike riding! 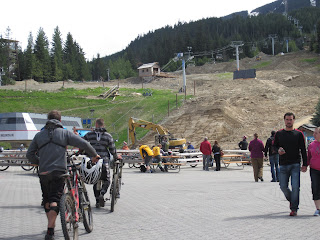 If I had gear, I would totally go down that mountain... I might break a leg, but I'd ride the shit out of that.

As we were headed home from Whistler, I was really bummed that I hadn't seen any bears, but halfway down I saw something brown on the side of the road, from afar I thought it was a dog but as I got closer I realized it was A FREAKING BROWN BEAR. I nearly died. Unfortunately I couldn't stop. Next time, lil one! 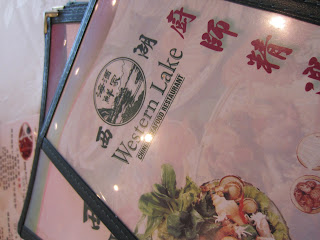 While we were in Vancouver, we ate at several Chinese restaurants (delicious seafood and dim sum). 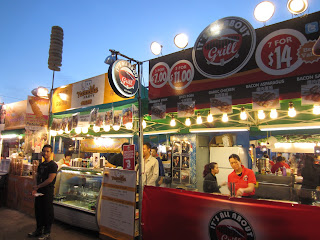 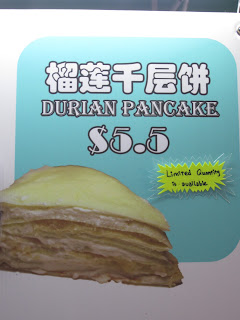 We also went to the Richmond night market, where they have a durian pancake. Alas, I didn't get to try it, but you know I love me some durian. 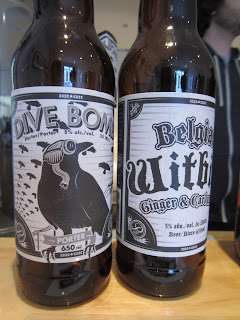 The craft beer scene is still fairly small in Vancouver but it's on the uptick. All you need to do is avoid the giants like Yaletown Brewing. Blech.

We happened to be there during Craft Beer Week so it was quite serendipitous! We really enjoyed Powell Street Craft Brewery, a nano-brewery in east Vancouver. This area is industrial but this is where the craft brewers are opening up shop. I love it. Powell only had their porter and wit on top but both were clean and very drinkable. While we were there, numerous customers came in asking for growler fills, so kudos to the company! 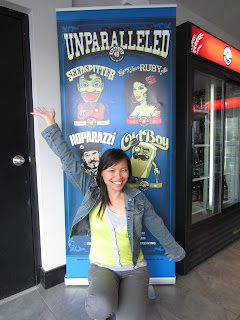 Around the corner from Powell is Parallel 49 Brewing Company. The first thing you notice about their beer are the graphics/packaging. I'm a sucker for fun packaging! I mean, the beer has to be good but there is something to be said for marketing that catches your eye. 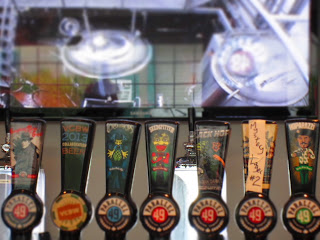 We tried all of their beers and Micah ended up buying the Black Hop (cascadian dark ale) to take home. 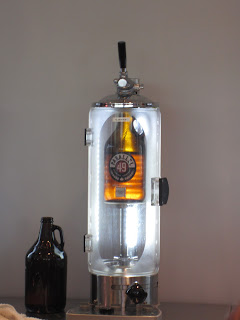 This place had the coolest growler setup as well. Powell had the same one but Parallel had 1/2 dozen of the pressurized fills. Apparently these machines can keep your beer fresh for up to 3 weeks! Austin growler shops need to step up and get on board this trend! 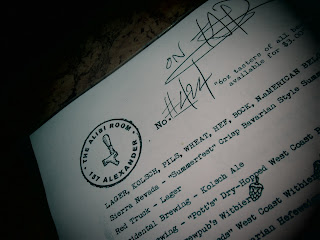 We also really enjoyed the Alibi Room, a craft beer bar in the Gastown area. Good selection of local beers on tap with a good food menu. 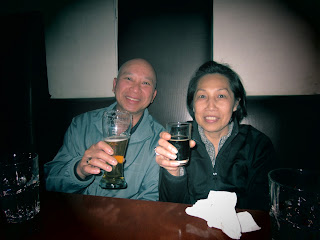 I even got my aunt to try some of the beers! My job here is done.

After saying goodbye to the high taxes in Canada (that's how they provide universal healthcare!), we made our way down to Seattle!

P.S. We totally came across several Supernatural shooting sites. Too bad the show doesn't film in the summer, because you know we would've totally stalked them... and be "we" I mean mainly ME.