While we haven't had any ice storms this winter (thank goodness), it was still cold enough for our annual Pho Party a few weeks ago.

This year's dinner party was the largest crowd yet! Around 40 people came for dinner, which meant it was a lively fun night. 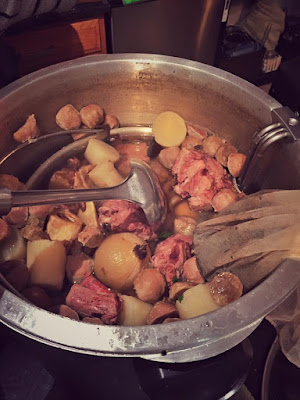 Since I knew it was going to be a larger crowd, I did get a few more pounds of extra beef bones and made an extra large pot on the stove to add to the large turkey fryer when I got low on broth. Since I was already at Sam's Club picking up brisket and eye of round, the store had some good looking ox tail so I grabbed a package of that and added it to the broth.

I added pre-made veggie eggrolls to the apps roster this year. While I know how to make viet eggrolls, timing was an issue so I decided to cheat and get the Saigon Eggrolls. The Saigon Eggrolls are actually pretty legit and are a good option if you're in a hurry but still want quality.

The other apps were the same: banh pate chaud, tofu spring rolls and turkey meatballs.

I also made 4 gallons of cider (recipe will be up later) and Micah made some tepache (pineapple wine) along with several other brews.

While it was a BUSY night, we had a great time and people left with full tummies. That's all a hostess can ask for.

By the end of the night, I only had a few quarts of broth leftover. Success! 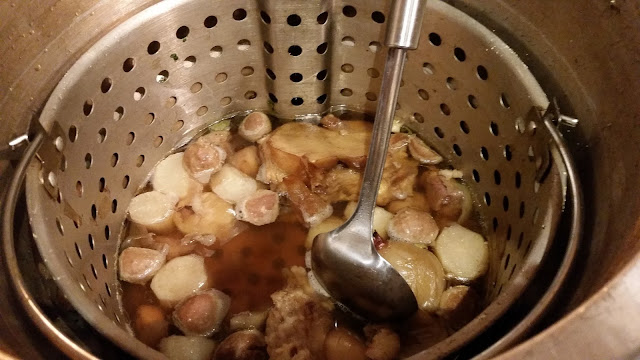