Stewed Okra and Tomatoes with Shrimp (with an Asian twist)

But you know what did survive? OKRA. My saving grace. The okra pods started popping up like crazy by early July. Okra loves the heat and the sun! By early August, my okra plants were doing gangbusters business and I had to give some away to co-workers and neighbors -- gotta share the love, right? 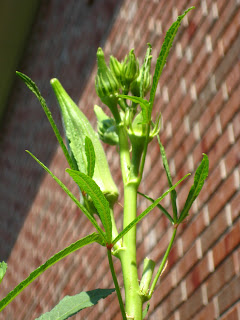 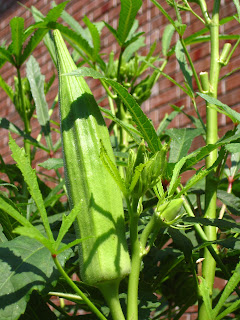 I literally have to pick the okra every single day or else they would get too big and become fiberous. I swear, they grow like weeds.

The plants are currently taller than me and still producing! I'm definitely planting okra again next summer. 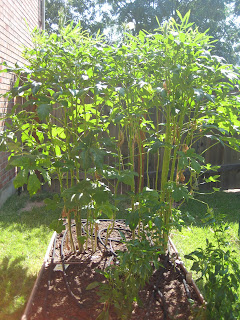 Thankfully, Micah and I love okra. While we both love fried okra, you can't eat that all the time... or maybe you can... but you probably shouldn't.

Micah and I like stewed okra and tomatoes so much that I've made it at least 4 times this summer! If Micah isn't bored with it, then I'll keep making it.

Stewed Okra and Tomatoes with Shrimp 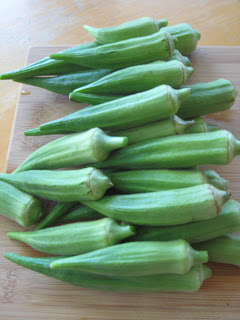 {This is how much okra I used} 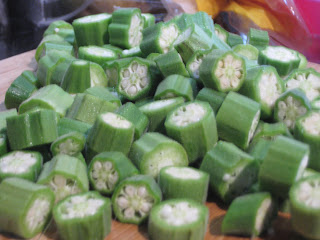 {Cut the tops and ends off and slice into circles. } 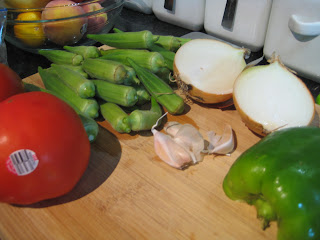 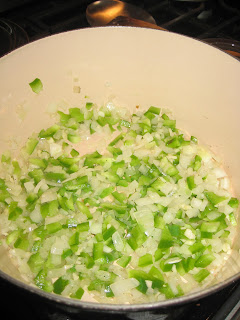 3. If you have some white wine sitting around, you can deglaze the pan before adding the okra -- if you don't, no worries. Add the okra and turn up the heat to medium high and saute for 5 minutes.You want to cook out some of the slimy goo in the okra. 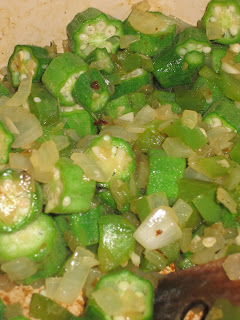 {Can you see the slimy stuff?}

4. Season with salt and pepper (about 1 tsp. of salt at this point). Add the can of diced tomatoes, bay leaf and the creole seasoning. Bring the heat down to a simmer, put a lid on the pot and let it marry for 15 minutes or even 30 minutes. I feel like the longer you let it simmer, the better the dish is. 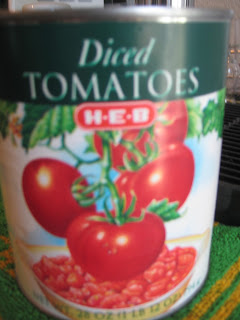 {Since my garden didn't produce any tomatoes, I use the canned stuff.} 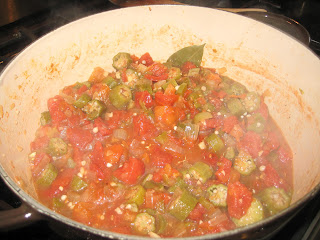 {All the players are happy in the pot.}

5. While the okra mixture is simmering, prep the shrimp. HEB had gulf shrimp on sale, so it only made sense that I use these little babies. Peel and devein the shrimp. If you like more shrimp, use more! 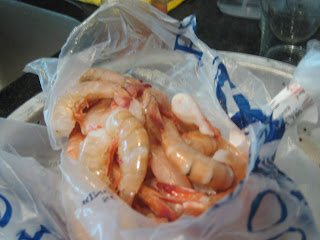 6. After the simmering period, add the shrimp. Also add my secret ingredient: fish sauce! I know it sounds weird, but that bit of fish sauce rounds out the flavor and gives it that umami-ness that you're looking for. Do it! Let the pot simmer for another 5 minutes until the shrimp is pink -- don't cook it any longer. The residual heat in the pot will cook the shrimp even further when you turn off the heat after the 5 minutes. 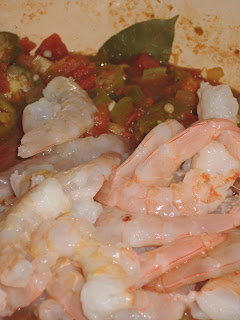 7. When you're ready to serve it, put the cooked rice onto a plate and ladle on the stewed okra and tomatoes with shrimp! It's a meal in itself or you can do like me and serve it with a side of mashed potatoes (carbo overload!). Enjoy! 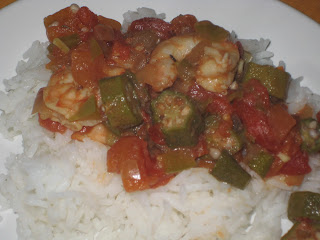 {This picture does not do the dish justice, but I'm posting it anyway.} 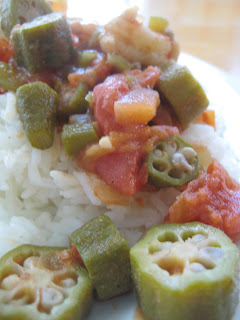