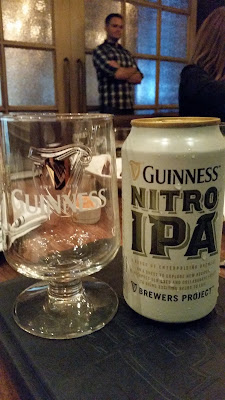 A few weeks ago, Micah and I attended an amazing beer dinner for the launch of Guinness Nitro IPA. I thought it was going to be a more casual party, with passed apps and snacks, but when we arrived at Fixe in Downtown Austin, it was an intimate sit-down dinner for two dozen.

When we arrived, we met with Ian Colgan, Guinness' Beer Ambassador, along with several other Guinness reps. We chatted with Ian about Ireland and beer places he should visit while he was in town (we told him to check out Jester King, obviously).

Before we even sat down at the table, the table was already full of delicious biscuits (served with andouille paste), deviled eggs and a beet salad. The biscuits were fluffy, buttery and everything you want in a biscuit!


If you haven't eaten at Fixe, you should. It's "new" southern and it's great! The space is best described as sophisticated, French country-ish. I also noticed that the male kitchen and wait staff were abnormally good-looking. Just an observation. 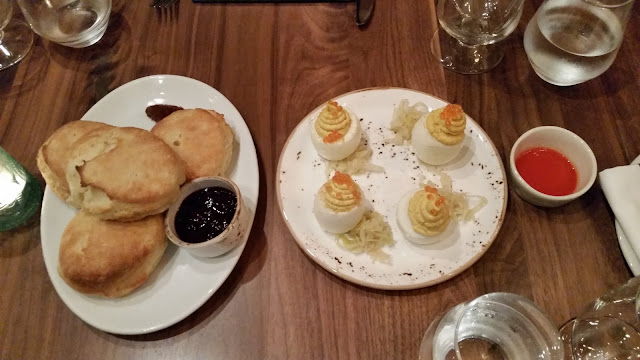 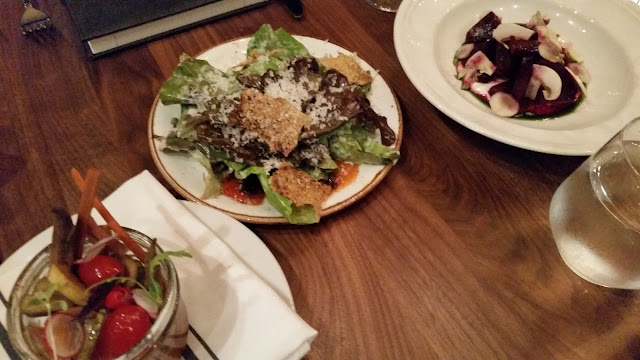 While we were snacking on the apps, Ian gave us the lowdown on the new IPA. The IPA is brewed in Dublin and contains five hop varieties: Admiral, Celeia, Topaz, Challenger and Cascade. I like that it is a mix of American and European hops. European hops are much more subdued than American, which I prefer. Guinness does use a similar "torpedo" system to run the beer through the hops so the hops don't clog the system and you get a fresher hop flavor. The beer is also brewed with the same yeast used to ferment their stouts.

Since IPAs are so popular in America, Guinness obviously wanted to add an IPA to their lineup to capture some of that audience and shelf space. The only problem is that the American IPA is so hop-forward that European IPAs have a hard time keeping up and this is true for the Guinness IPA.

When I cracked open up my can and poured it into the glass, it was a perfect swirl of nitro and caramel. Once the beer settled, it was a gorgeous reddish-brown color -- kind of reminiscent of a Kilkenny (my favorite Irish beer).


The nose has great hop smell, but once you taste the beer, you realize it is definitely not an American IPA. I actually really liked it, which means it's not an AIPA--I am not a fan of IPAs, which is odd, because I love bitter foods, just not bitter beers. The Nitro IPA has 44 IBUs, while most American IPAs hover around 70-80 (or higher!). While the IBUs in the Nitro IPA were lower than AIPAs, the maltiness and body were a hit for me. It is basically a hoppier Kilenney!

Micah thinks Guinness should really market it as a Pale Ale -- but the problem is nobody wants to buy pale ales! Everybody wants IPAs. But then Micah retorted that Sierra Nevada's Pale Ale is one of their best sellers... touche. I think marketing will be the biggest challenge for the Nitro IPA. People wanting an IPA will be surprised that it's not that hoppy and won't like it, and if you were to judge it in an IPA category, it would score really low. But as an overall beer, it is balanced, malty and just plain tasty!

The bottom line, would I buy this beer? Yes! I would gladly pick up a six-pack. And now you can! All the major grocery/liquor stores were stocked with the beer a few weeks ago. Just don't compare to an American IPA and you'll be fine. 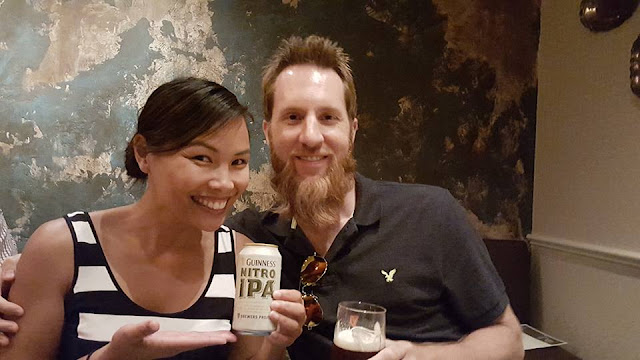 And if you want to learn about how the nitrogen widget works, watch their video below. I ain't no scientist so I'm not going to explain to you how that thingamabob works.

And because every time I hear an Irish accent it reminds me of my trip to Ireland, here are a couple of pics from our 2009 trip. 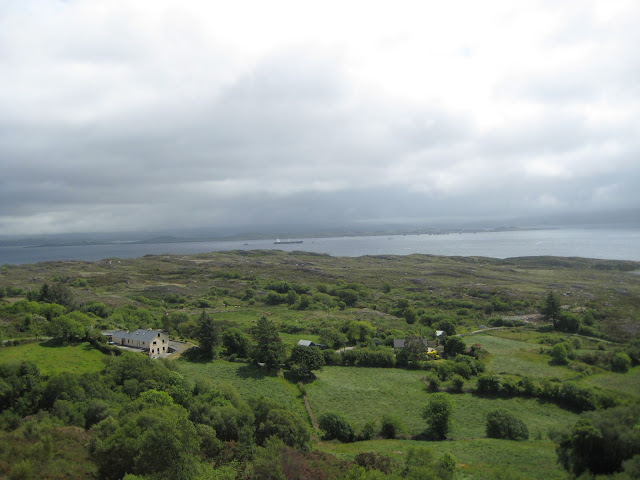 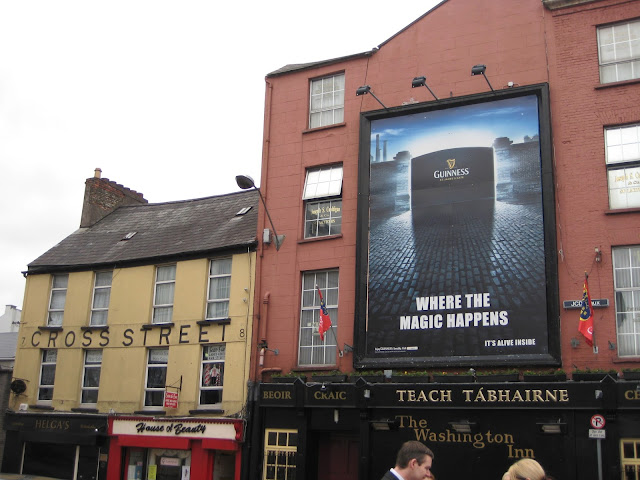 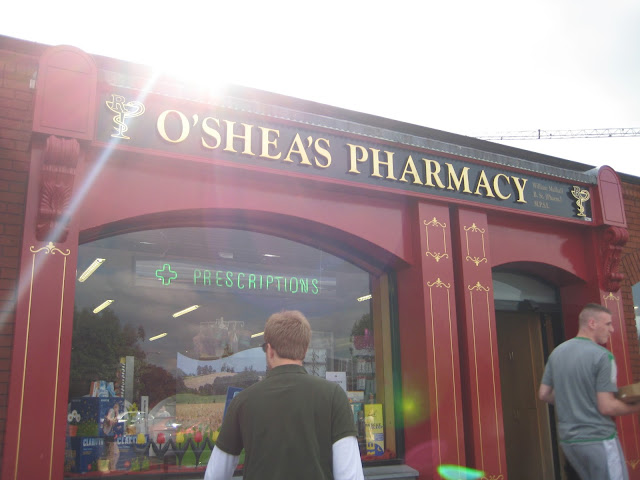 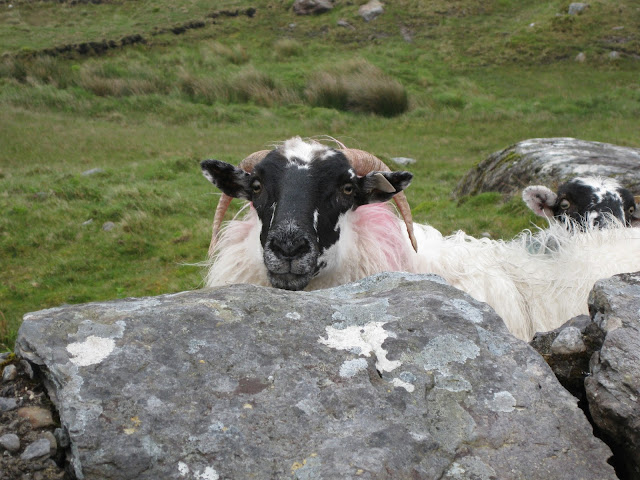 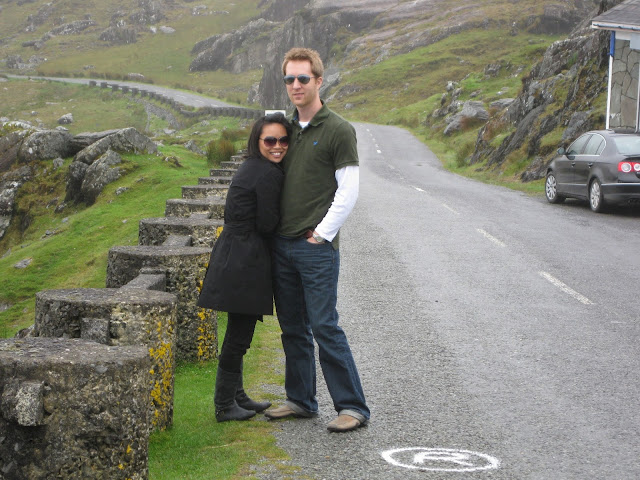