No, I didn't meet a Top Chef that has supernatural powers... but some might say Paul Qui does indeed have special powers!

Micah and I didn't go to ACL this year. We actually haven't been to ACL, ever. I know! We live in Austin, we should totes be going. We don't. So not ATX of us. Whatevs. Maybe next year? Maybe.

Even though we didn't go to ACL, we did make it down to the XBox ForzaHorizon party! Free drinks, fast cars (games, of course), and music!

While we were there, I spotted an Asian that I thought looked familiar (we don't all look alike).

When he turned around I realized that it was Top Chef Paul Qui! Paul's been to my station before but I didn't get a chance to say 'hi' so I made it a point to say hi to him at the event.

He was absolutely lovely and totally nice! I wasn't expecting anything less!

Of course we both have water on our shirts. What a hot mess. We were both drinking Asahi - so Asian of us. 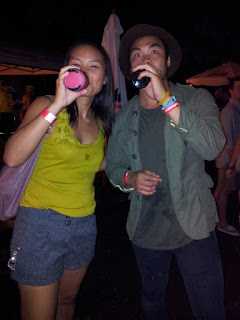 So obviously my night started off with a BANG! I was beyond thrilled that I chatted with Paul but then this happened.

Micah was facing the entryway when he said "Wouldn't it be funny if Jared from Supernatural showed up tonight?" I said "OMGeez, I would have a heart attack."

Five minutes later, I turned around and lo and behold JARED PADALECKI was talking to Paul Qui. I die.

Micah recognized Jared early on and totally fooled me!

We actually saw Jared Padalecki over the summer at Uncle Billy's Brew B Que on Barton Springs. I didn't approach him then because he was with his family. But I wasn't going to let another chance pass me by.

When he walked by us, I stopped him and told him we are big fans of Supernatural! He was unbelievably nice and NORMAL. His wife was equally nice. They apparently have a home in Austin (hence the summer in Austin) and visit semi-regularly. YAY to seeing more of Jared in the ATX! {It's almost like a ghost was in this picture} 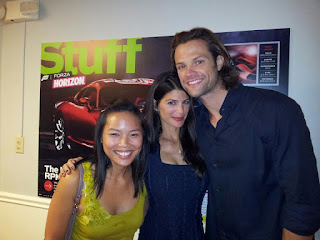 {So I tracked him down and got another one. Rabid fan? Nah.}

When I left that night I had a grin from ear to ear. Seriously, BEST NIGHT EVER!
Don't watch Supernatural? You should. It's on the CW on Wednesday nights!

I like to use Yelp for businesses and restaurants but I mainly use TripAdvisor for when I need to do travel research. It's a lot of reading and parsing, but the users are usually really helpful and knowledgeable (especially if it's their hometown).

My travel itineraries can be pretty intense. Lots of lists, sometimes Excel sheets get involved, and lots of bookmarking. That's why I'm good at my job. Ha! 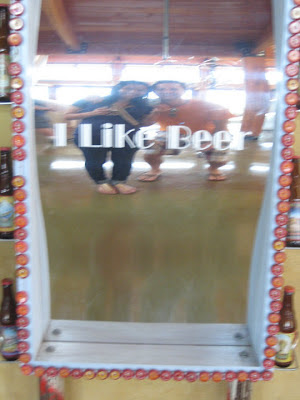 Nowadays when we travel, I always look up breweries they have in the area (for Micah, not for me!). We usually try to get to at least one brewery in the area. Hell, in Vietnam we went to almost half a dozen! In Vietnam!

On Wednesday, TripAdvisor®, released its top 10 brewery tours in the U.S., according to their TripAdvisor Popularity IndexTM.

After perusing the list, I've determined that I need to visit EVEN MORE breweries. Out of the list, we've only been to one... but at least it's THE #1 on the list! New Belgium rightly deserves this spot. Their brewery is large, pretty, and their beers are delicious. If you're in Ft. Collins, don't miss it! 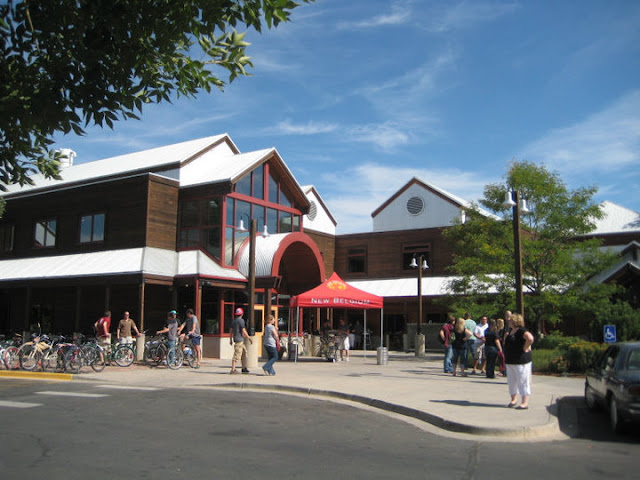 {We visited the brewery during GABF week in 2010} 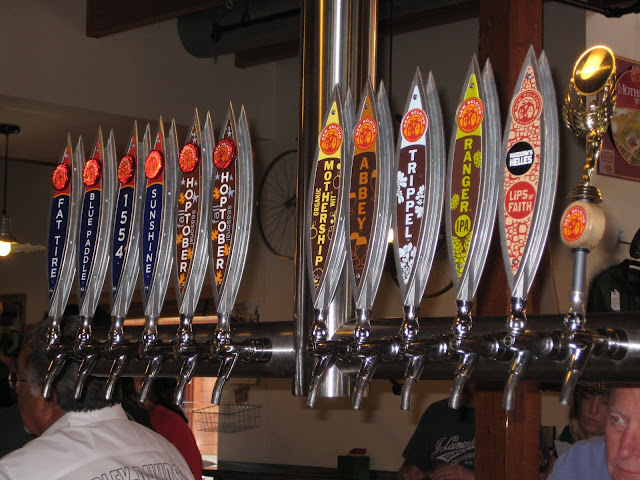 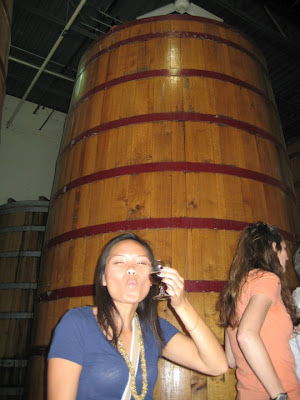 I would like to go to Portland, Maine to visit Allagash (or is it the crabs that are calling my name?).

A lot of the breweries are the big boys but some are still considered "craft breweries."

Which ones have you been to?

Located 65 miles north of Denver, this sustainable wind powered brewery was the first of its kind in the United States. Beer lovers can enjoy one of their frothy beverages at the Liquid Center tasting room or take the 90-minute Tour de New Belgium where travelers will have the chance to learn about the brewing process and sip on some suds. Complimentary tours operate Tuesday through Saturday.

2. Allagash Brewery – Portland, Maine
Since 1995, this New England brewery has crafted Belgian inspired ales often using the finest wheat rather than barley, combined with a unique blend of spices. Thirsty travelers can take a free, hour long tour of this coastal brew house while enjoying a refreshing taste of their seasonal specialties or year-round brews. Free tours operate Monday through Saturday.

During this hour-long tour, travelers will see and learn about the iconic Clydesdale horses and explore the architecture and history of the oldest Anheuser-Busch brewery. Hop fanatics interested in learning more about the brewing process can check out the acclaimed Beermaster Tour. Complimentary tours operate seven days a week.

Located in the Hub, hop-enthusiasts will learn about the brewing process from start to finish during this 60-minute tour. Guests will also taste the special malts used to brew the beer and smell the aroma of the Hallertau hops. Free tours operate Monday through Saturday; a $2 donation is suggested to benefit local charities.

6. Heinzelmannchen Brewery – Sylva, North Carolina
Travelers visiting the Great Smoky Mountains can enjoy tasty beverages at this microbrewery run by a German-born “brewmeister”. Guests are encouraged to stop in for a tour where they will sample a variety of Deutschland-style beers and non-alcoholic sodas including sweet and tasty root beer and red autumn birch beer. Free tours operate Monday through Saturday.

8. Boulevard Brewing Company – Kansas City, Missouri
With its 150-barrel brew house, this Kansas City company is the largest specialty brewer in the Midwest. During the 45-minute tour, beer lovers will learn about the brewery’s unique history and crafting processes and will finish the tour in the Tasting Room where they’ll sip some hoppy creations. Free tours operate seven days a week; the “Unfiltered Tour” is $20 and offered on Saturdays.

9. D.G. Yuengling and Son Brewery – Pottsville, Pennsylvania
Known as America’s oldest brewery, this Schuylkill County establishment has been brewing since 1829. Travelers can step back in time as they explore the hand-dug fermentation caves used to store beer before modern refrigeration. Thirsty travelers can also savor some samples in the basement tavern built under the former Pottsville city hall. Complimentary tours operate Monday through Saturday.

10. Jacob Leinenkugel Brewing Co. – Chippewa Falls, Wisconsin
This Wisconsin brewery blends tradition with innovation to create a fascinating tour where travelers learn about five generations of the Leinenkugel family history while they’re guided through the bottling factory. To cap things off, travelers can quench their thirst with complimentary samples of award-winning beers at the recently opened Leinie Lodge. Free tours operate seven days a week.