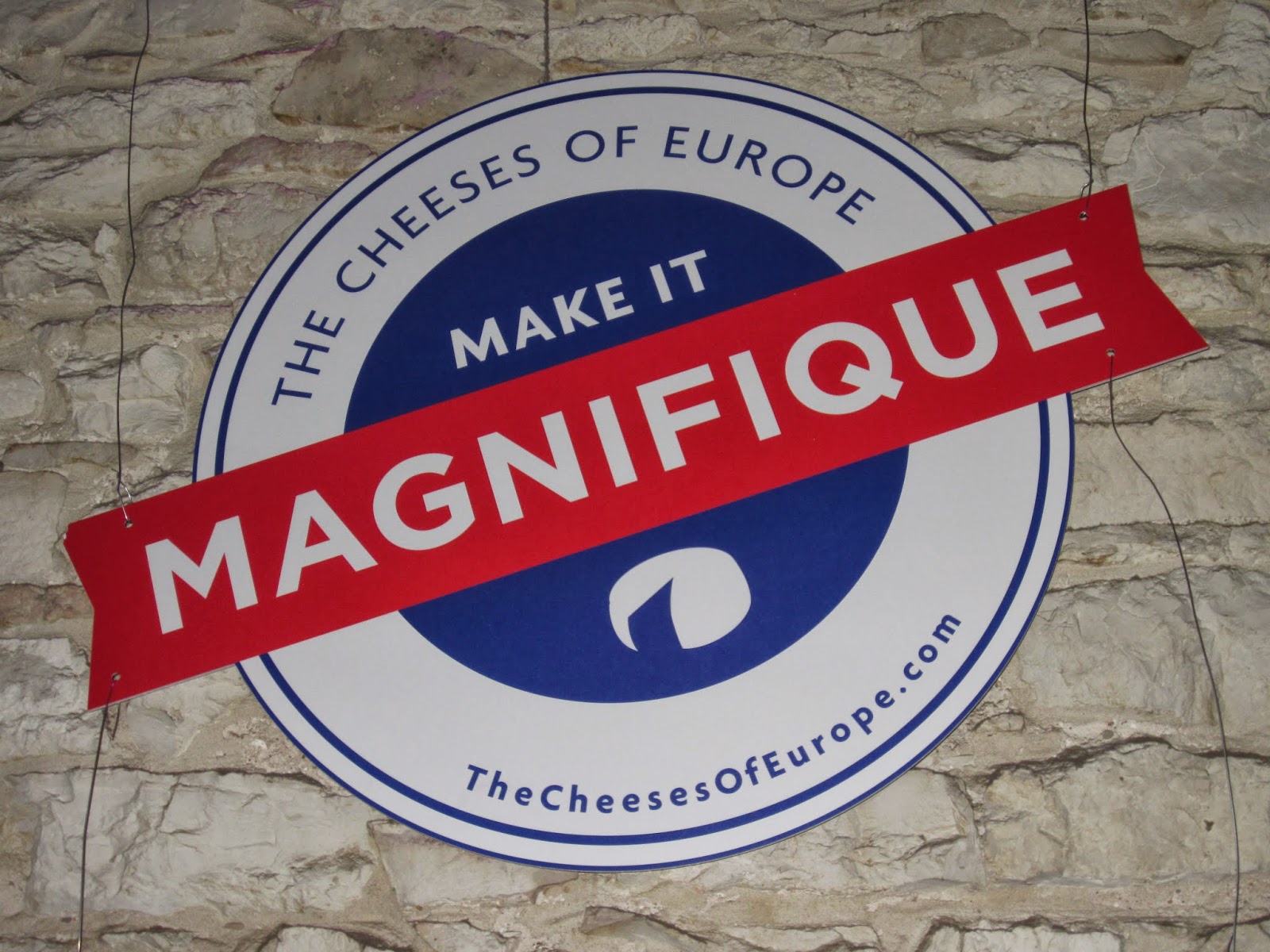 During SXSW, the Cheeses of Europe held an event in downtown Austin to showcase an array of French cheeses and, of course, it was glorious. 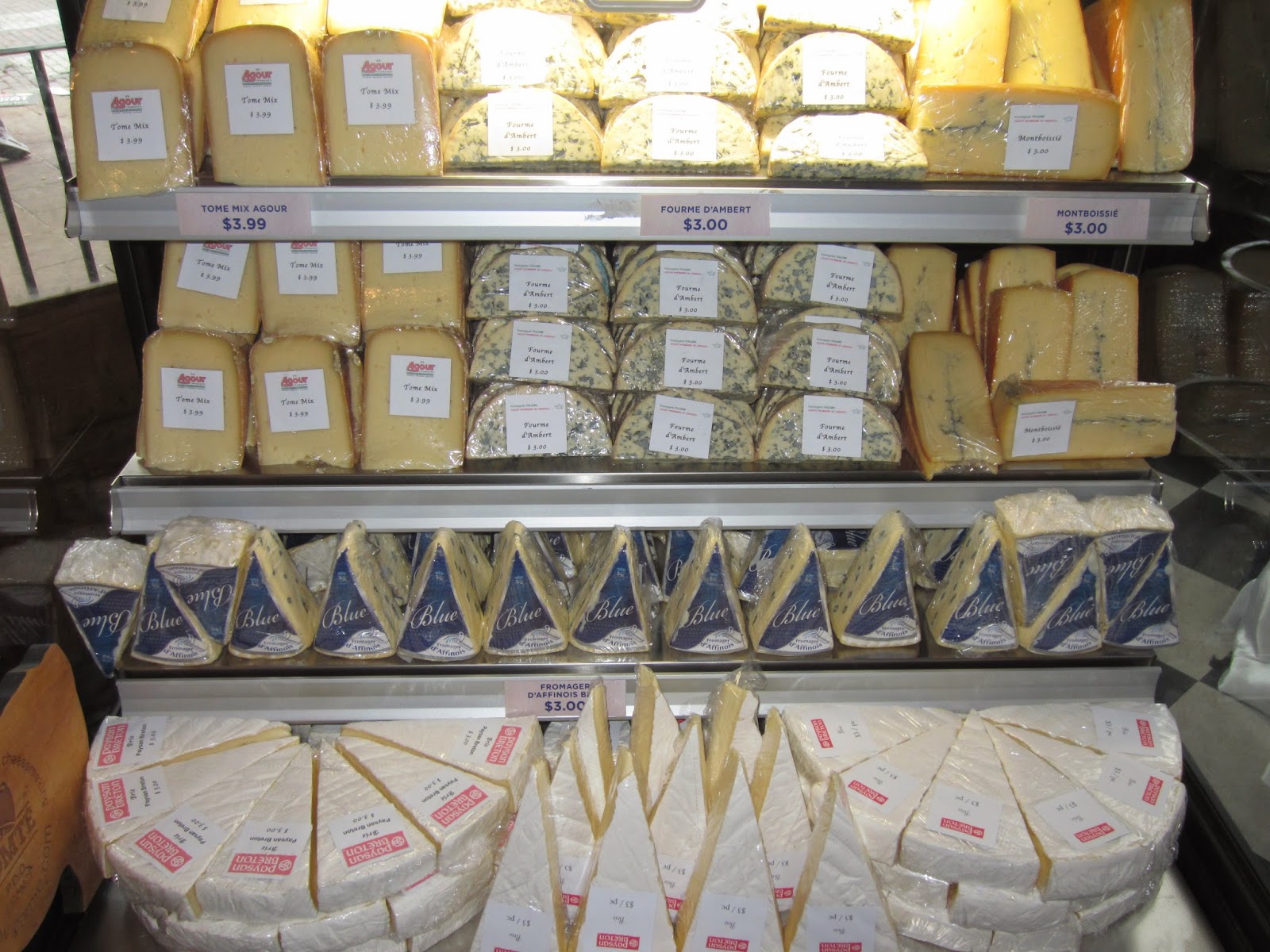 Funky blue cheese type. Not for the faint of heart.

Representatives from the Cheeses of France Marketing Council were also on-hand to talk to visitors about the various cheeses. 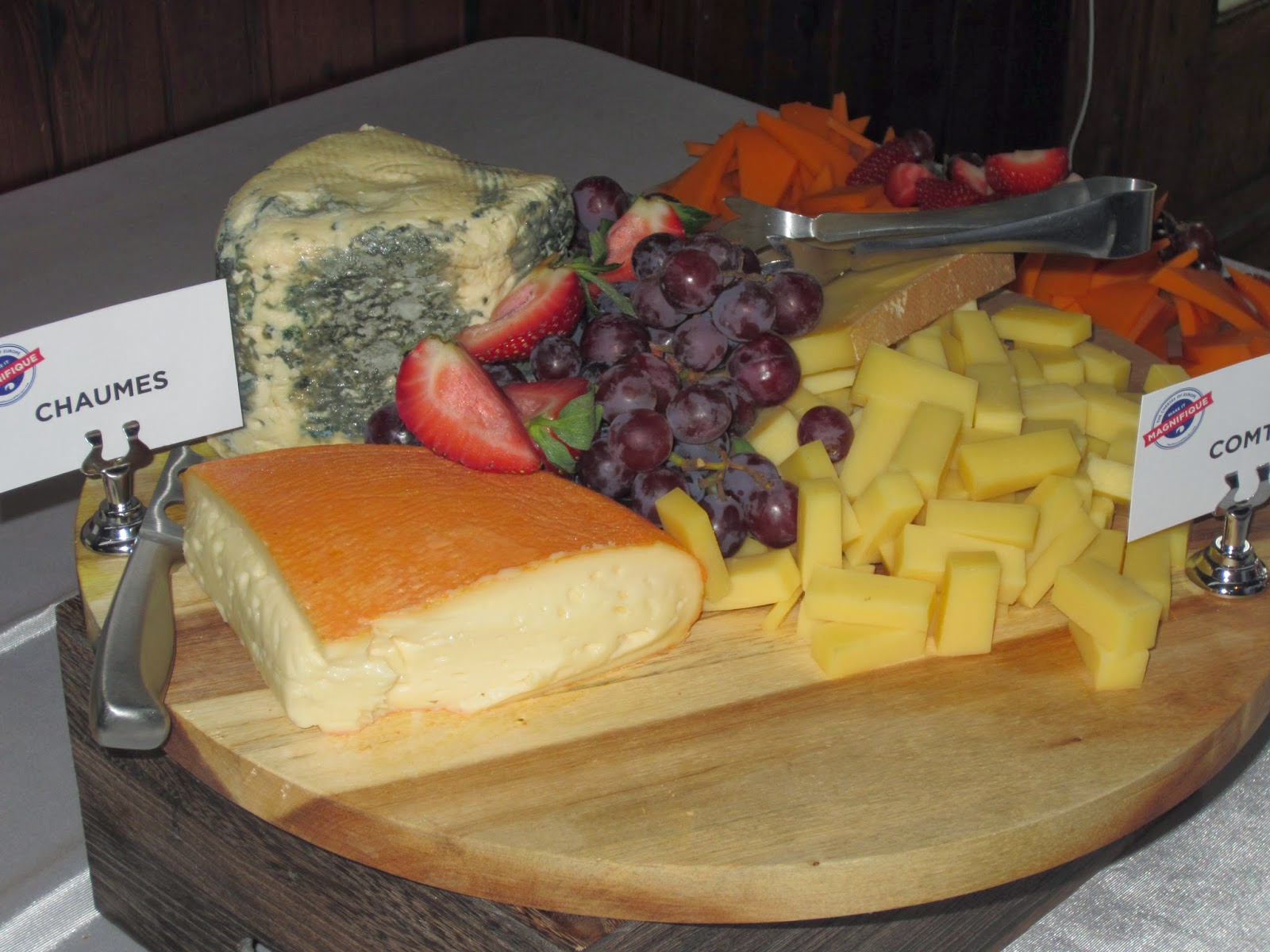 Recently, the European Union is trying to crack down on US cheese makers that are their cheese parmesan, asiago, etc. You can read more about that battle here.

When I asked Laurent Damiens, communications director at CNIEL (the French Dairy Interbranch Organization) about the issue he indicated it was more of an issue for the Italians than the French.

In my opinion, when you buy cheese, it says where your cheese was made so there's no false advertising there. I guess the cheese makers are trying to be more like Champagne and you can only call it that if it's made in said region. I don't know about all that, I just want good cheese! 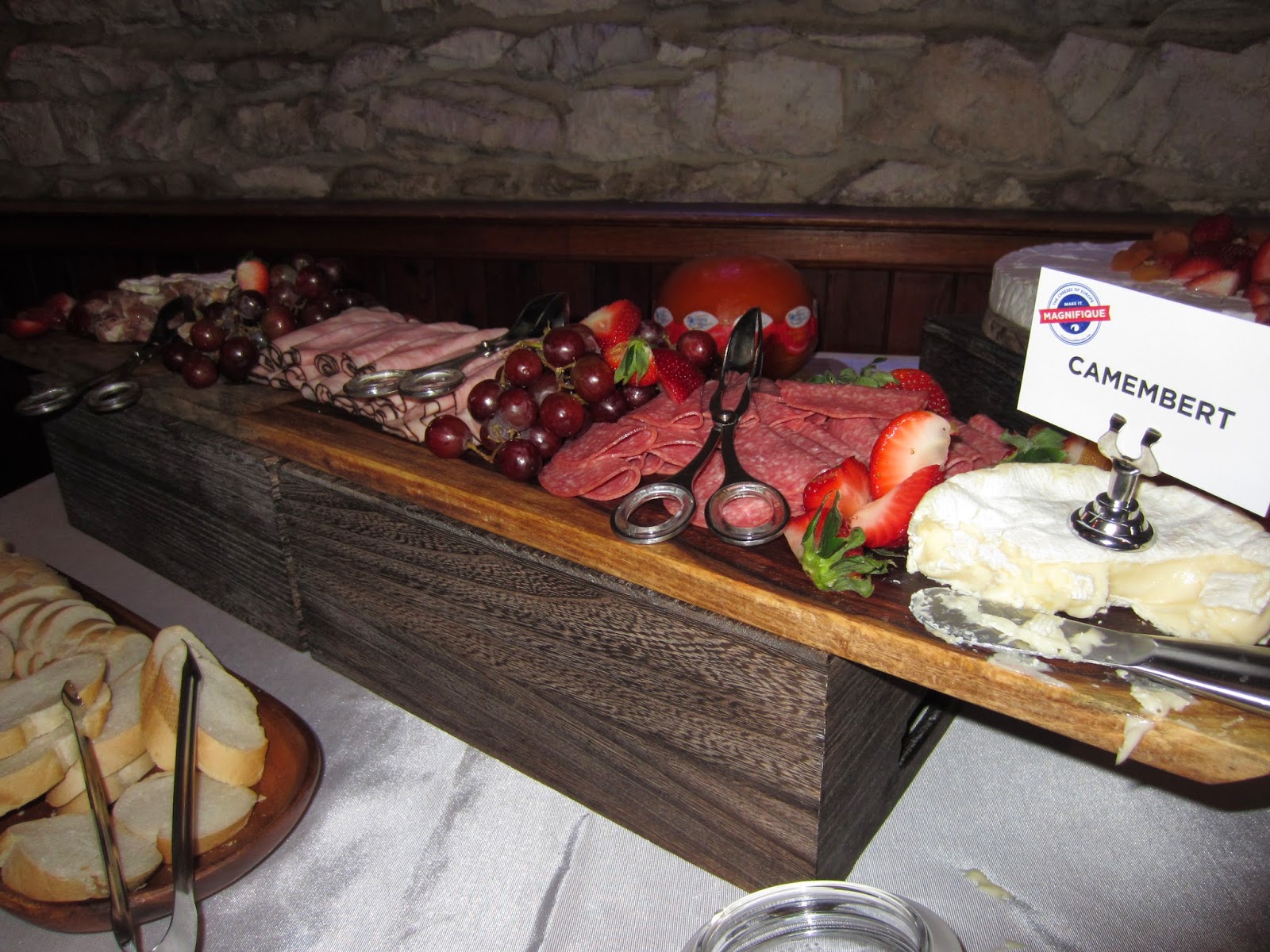 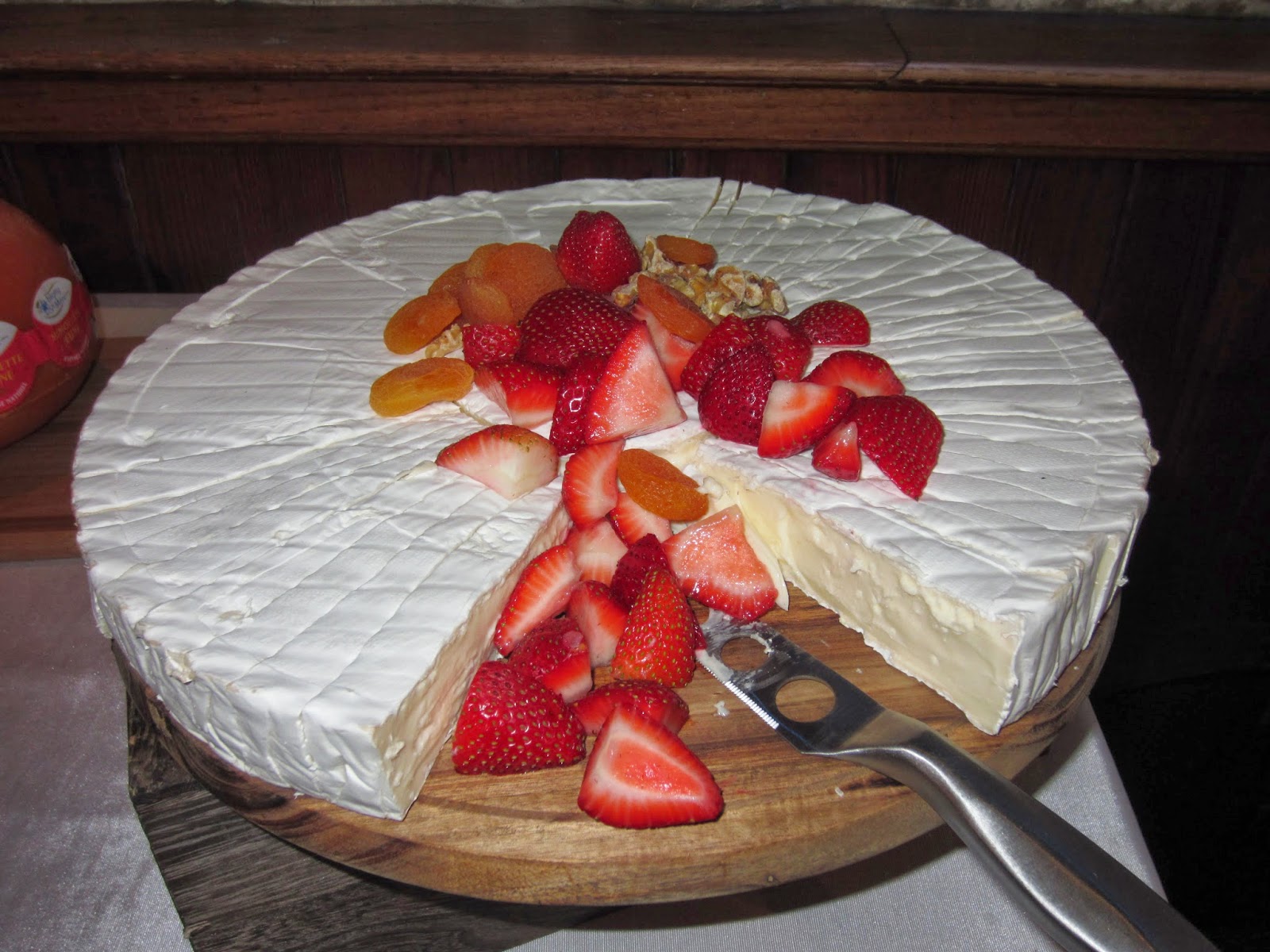 At the event, we got to try a plethora of French cheeses. The usual Brie (so delish), Camembert and Emmental were there but there was a cheese I thoroughly enjoyed that I hadn't had before: Mimolette.

Mimolette looks like a pumpkin due to it's bright orange hue. The flavor is similar to gouda but I prefer it more than gouda. Apparently the FDA has some issues with Mimolette because of the natural microscopic mites that are found in the rind. 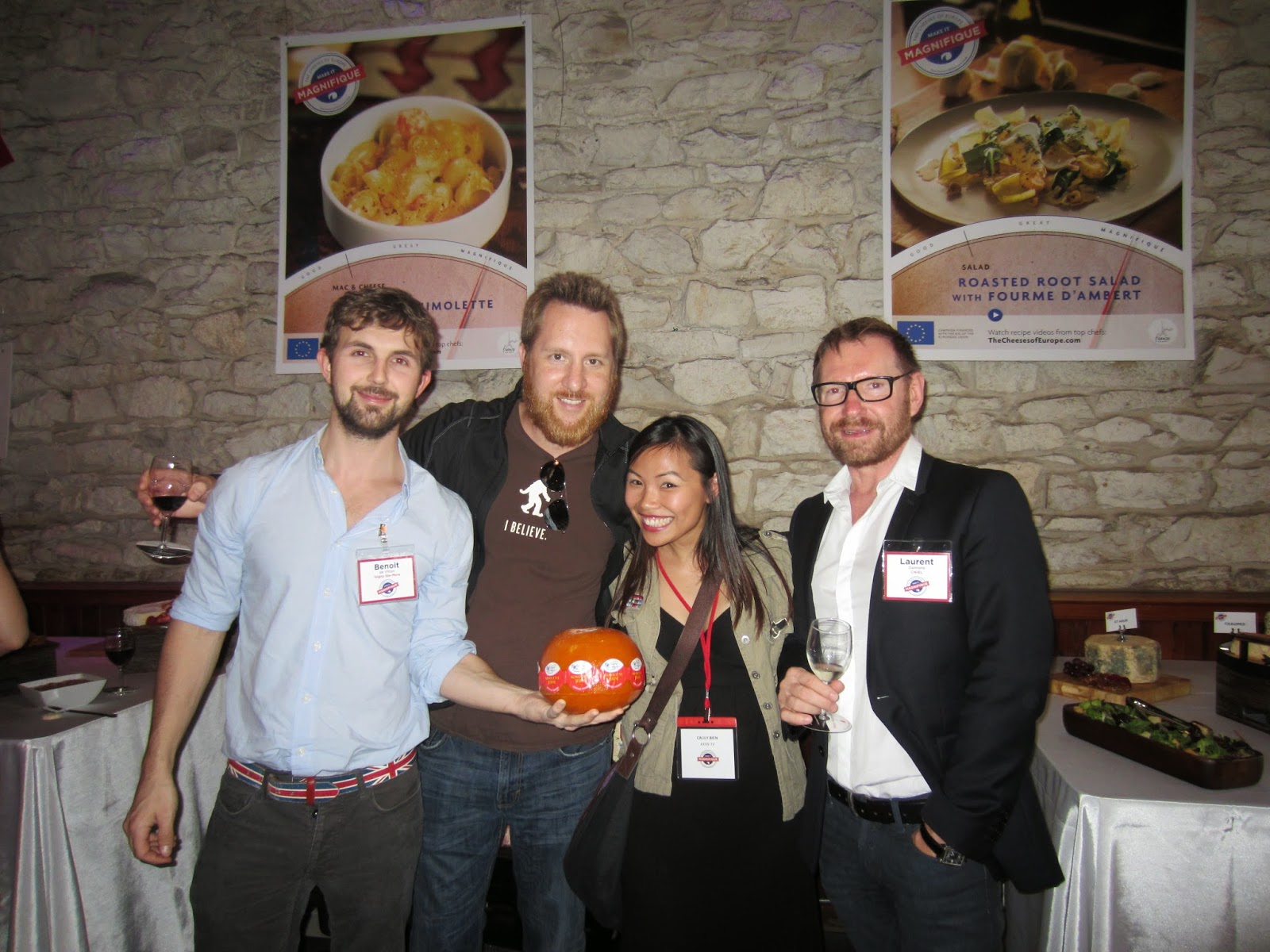 A guy who seems to be the voice of Mimolette, Benoit (pictured above with the "pumpkin" cheese and Laurent) was at the event and he was very passionate about fighting the FDA and keeping Mimolette in the U.S.

I'm not scared of mites. Give me more of that cheese! At the party, they were serving mac n' cheese made with mimolette and it was perfect. Sharp but not too sharp and still very gooey. 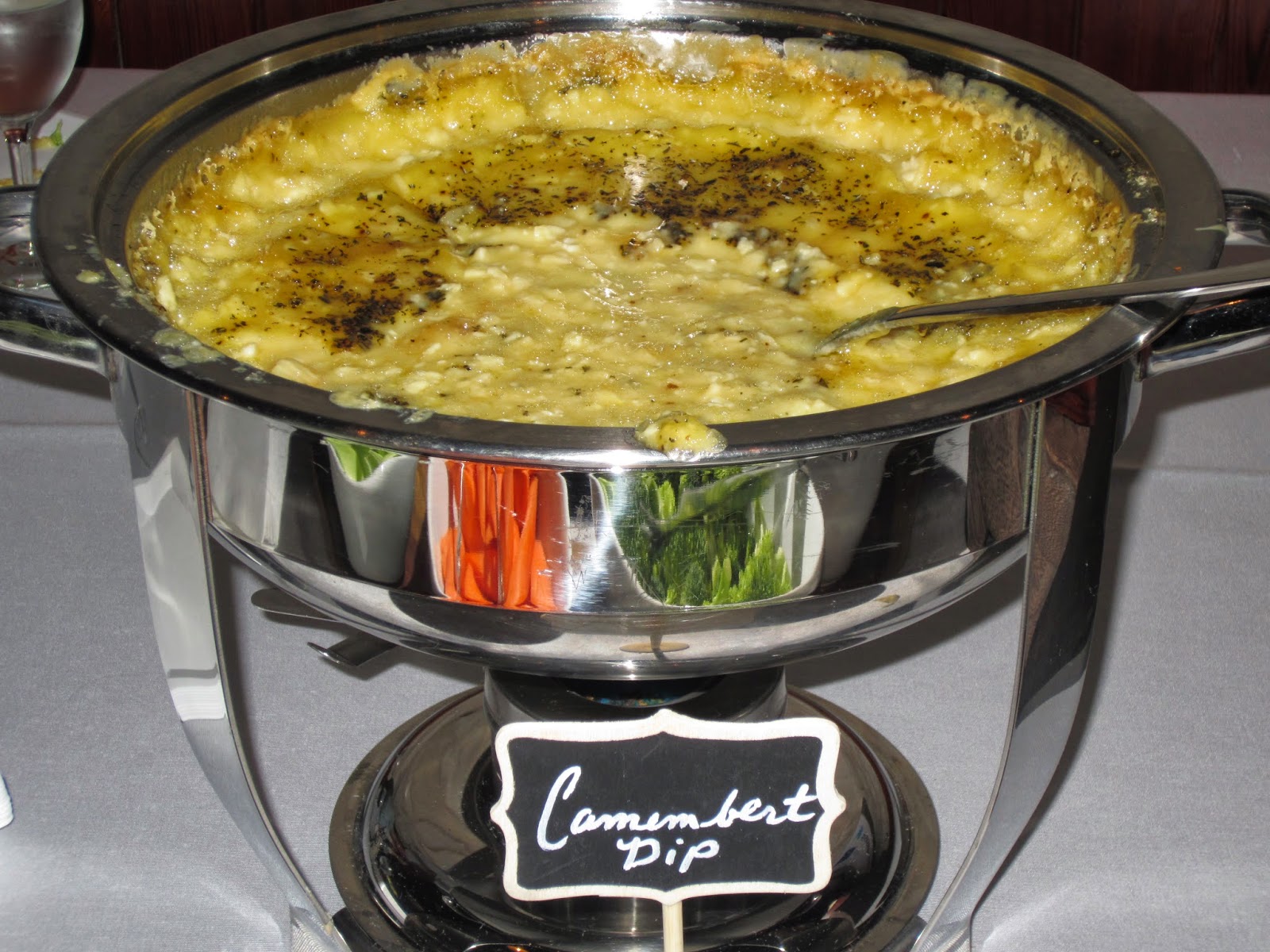 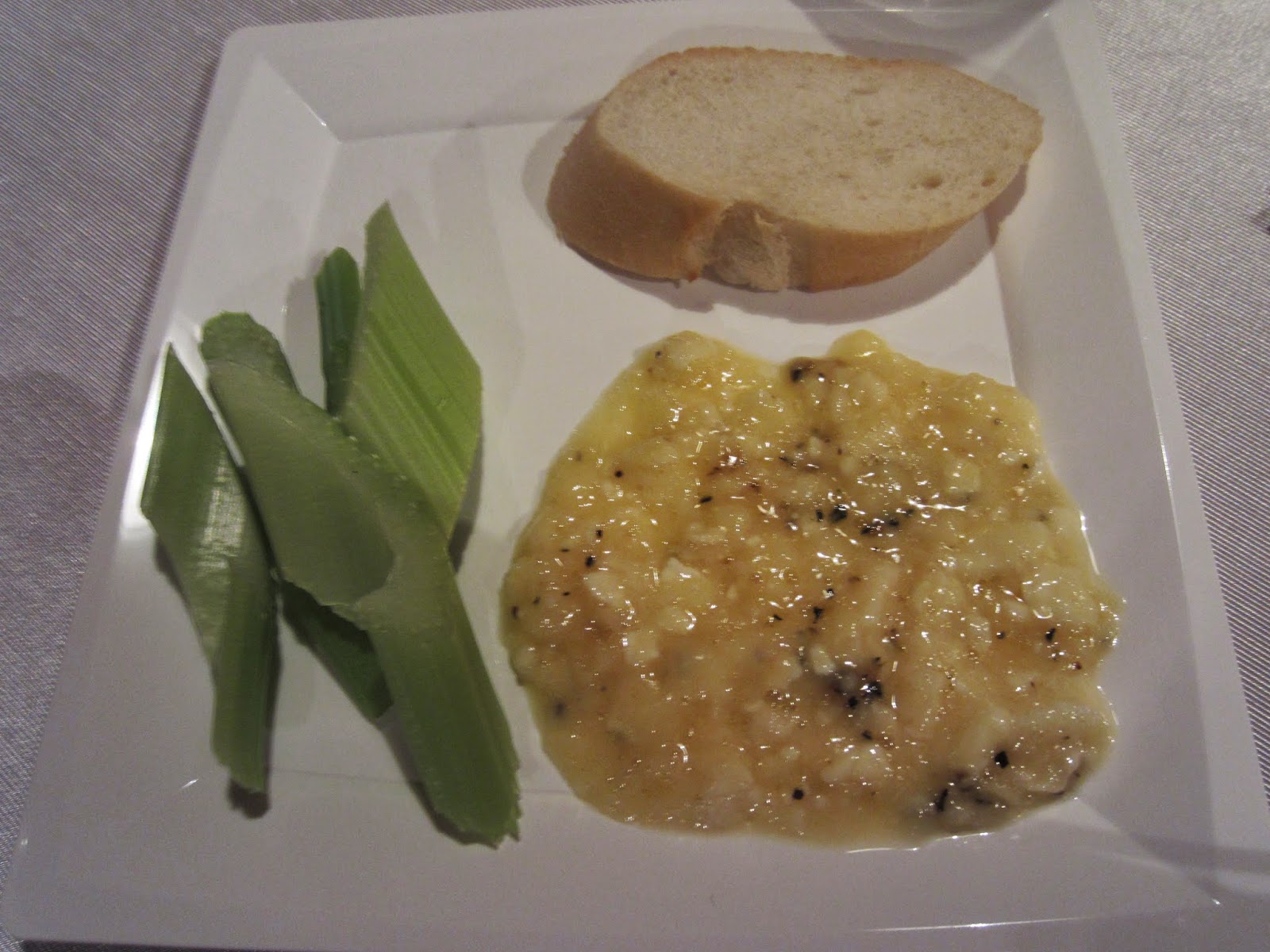 There was also this vat of Camembert dip. Laurent told me to eat with the celery sticks so that's what I did and it was the crunch and freshness of the celery cut the richness of the cheese dip. 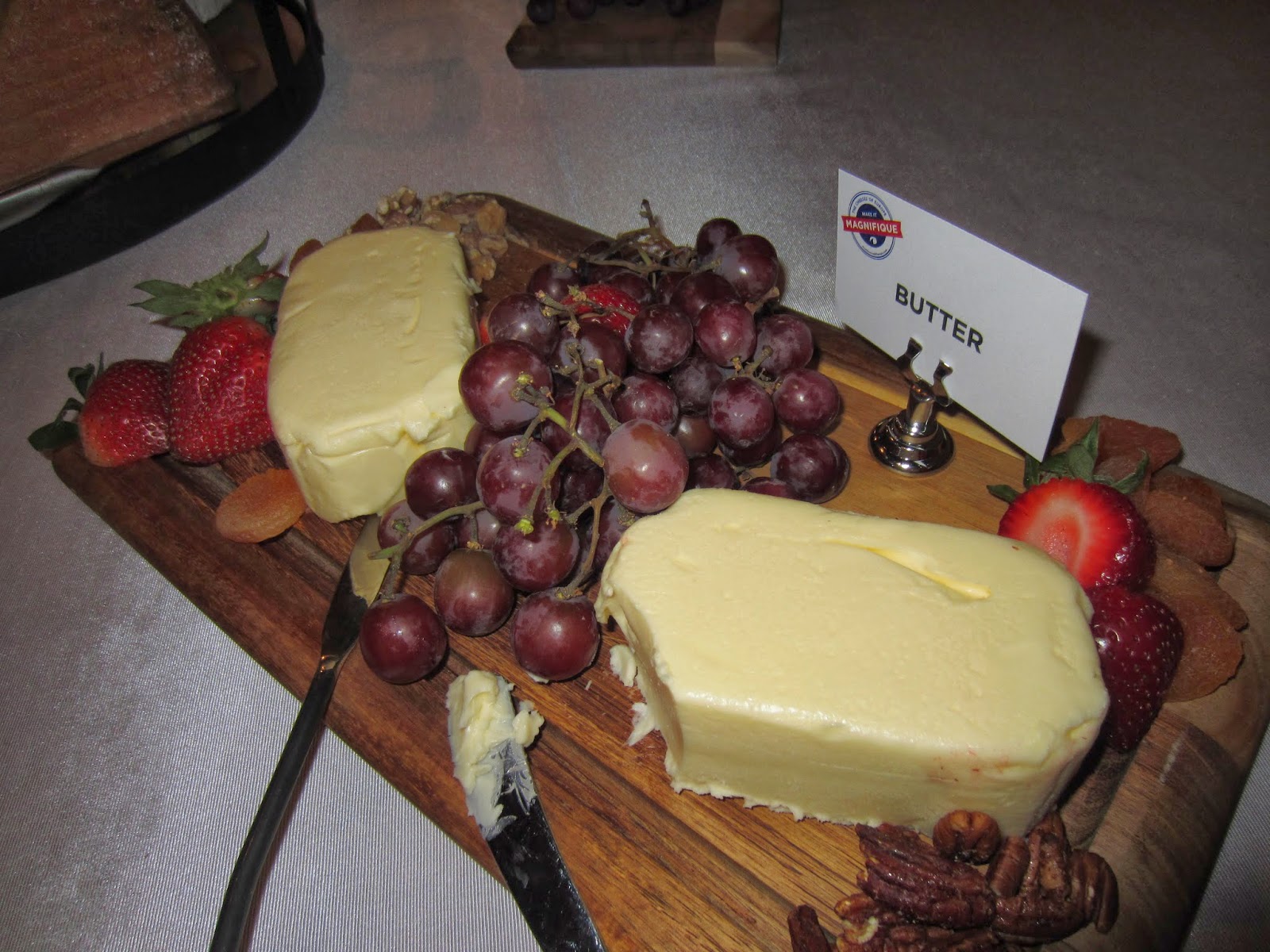 There was even some creamy French butter to put on your bread. I obviously can't afford this butter on a regular basis, it would be great for a special dinner. 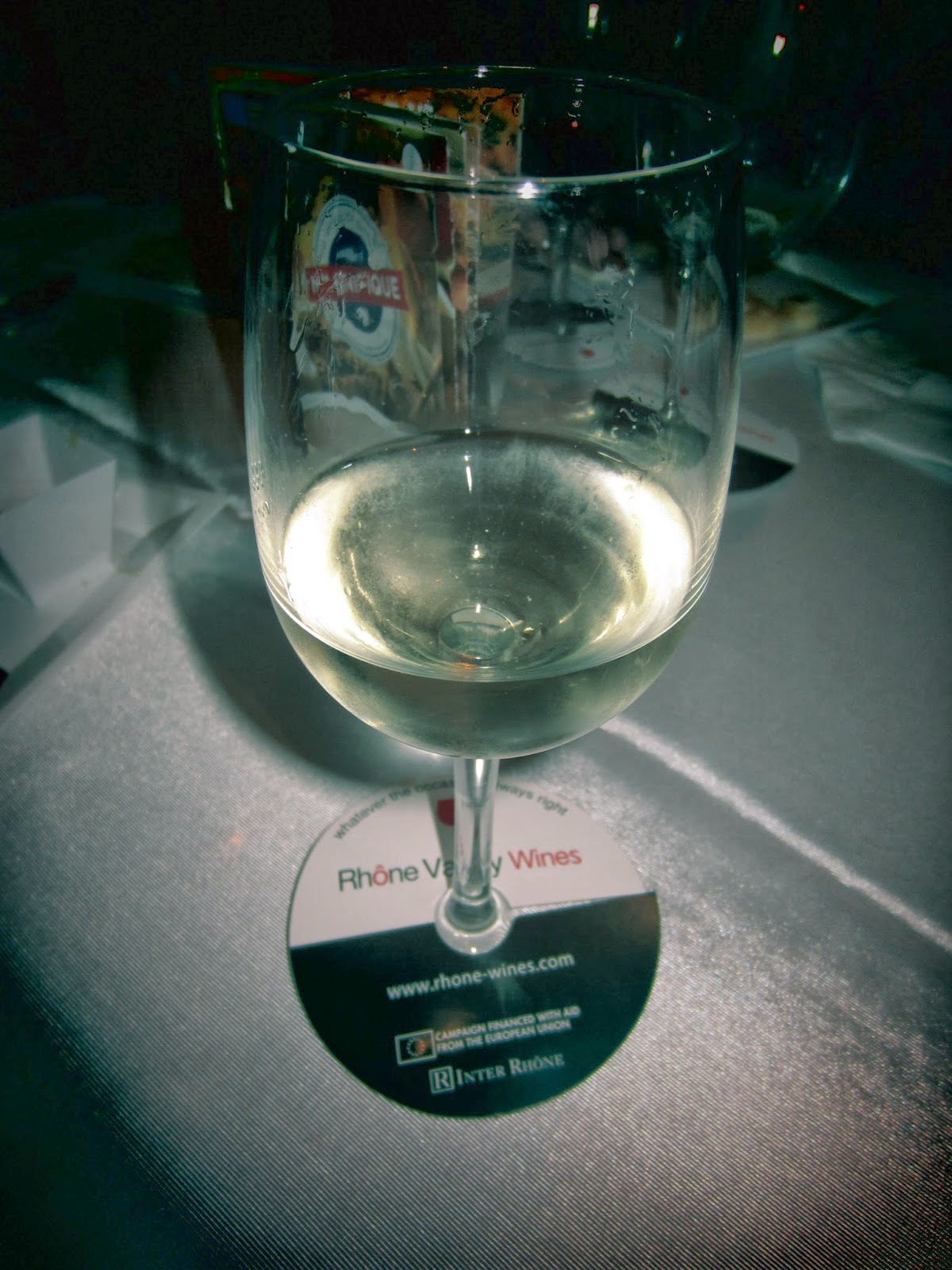 We also got to drink some fabulous Rhone Valley and Burgundy wines.

Micah and I also chatted with a lovely couple where the wife has this blog: Red, White and Blueberries. 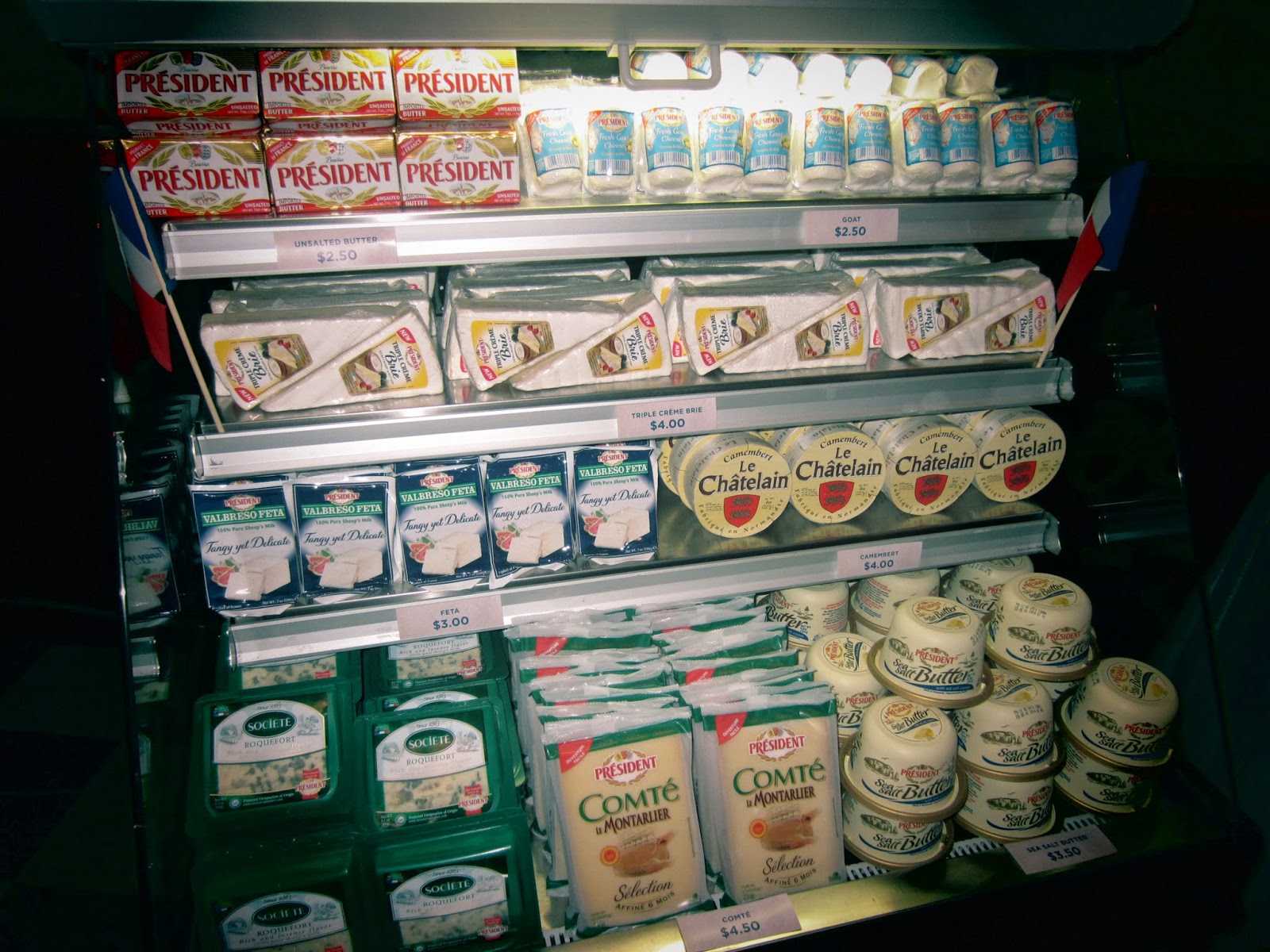 The people with the French Cheese Council were so lovely. Who said French folks are rude? I didn't experience any of that.

At the event they were selling the cheese at deeply discounted price but even when they didn't sell all the cheese, they donated the cheese to Keep Austin Fed. Those folks are going to be shocked when they get that delivery.

I think this cheese event was the perfect teaser for our Paris trip at the end of May! Can't wait to eat French cheese in France!