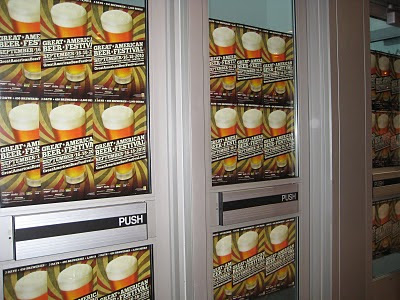 GABF cherries: popped. We have done the deed... now we can go back to drinking beer at a slower pace.

The Great American Beer Festival is where beer fanboys can geek out at the sight of Sam Calagione, founder of DogFish Head Brewery (side note: he is actually kind of cute in person), without being ridiculed!

We had tickets to Thursday and Saturday afternoon sessions. Some people we talked to went to every.single.session. I was exhausted with just two sessions, I can't imagine attending ALL four!

Saturday's afternoon session is only open to AHA members so there was actually less people to run into inside the convention center. The line was ridiculously long though.

Here are my highlights of the GABF:

1. Breweries that we liked: TAPS, The Lost Abbey, Oskar Blues, O'Dell, Sierra Nevada, and Russian River. I'm sure there were more but we didn't take notes, so there. 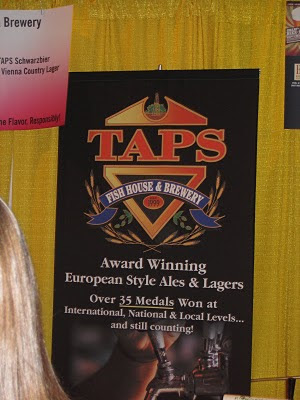 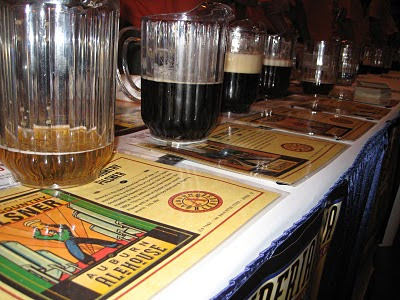 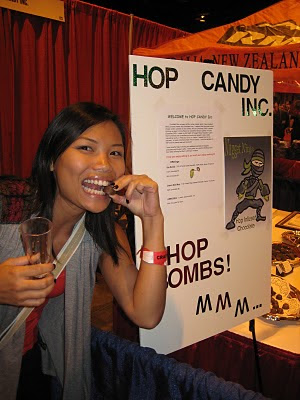 2. Women's restroom never had a line, but the Men's did!

3. Wearing this awesome matching t-shirt that Micah got me! HAHA. Church of Zymurology all the way! 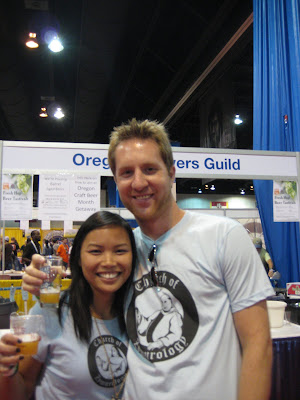 4. Not having to drive while intoxicated since our great condo was 1.5 blocks away! SWEET! 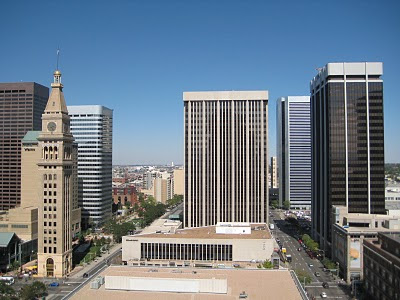 {view from our condo}
5. Running into several Bexar Brewers and a few familiar faces from Houston's homebrewing scene. 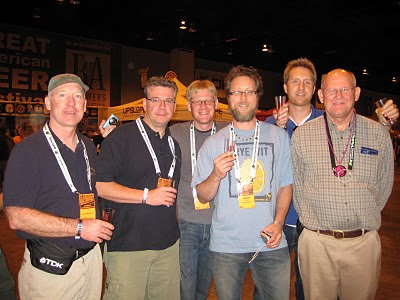 {Bexar Brewers unite!}
6. Denver. Neither one of us have spent any time in this city so it was fun to explore a new city and it was easy to get around.

7. New Belgium Brewery: The beer was good, the facility was pretty, and the tour was informative. 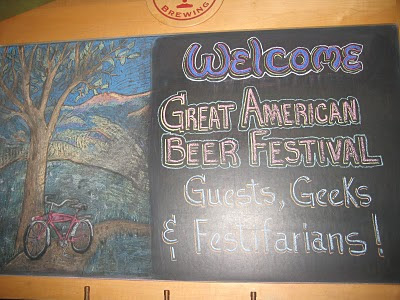 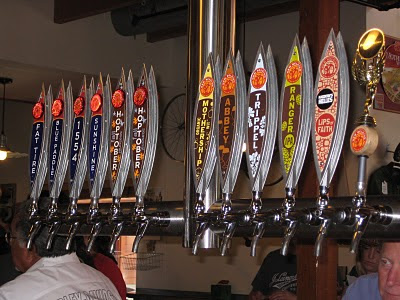 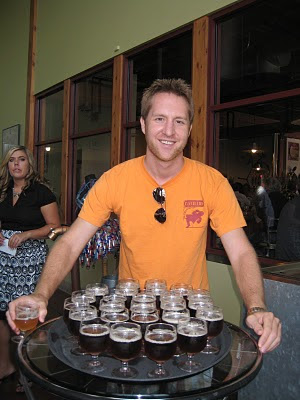 {Micah would've stolen this if he could}
8. Great Divide Brewing Co.: 4 free tasters always makes for a good tasting room. They even gave impromptu tours the day we were there. 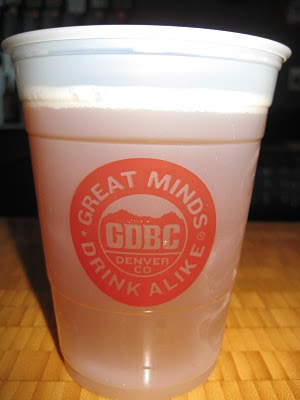 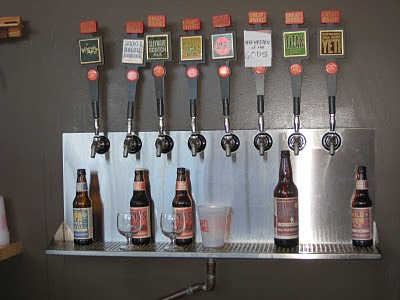 9. Micah breaking my "GABF Commemorative Glass" 10 minutes into Saturday's session. I got an earful of this: 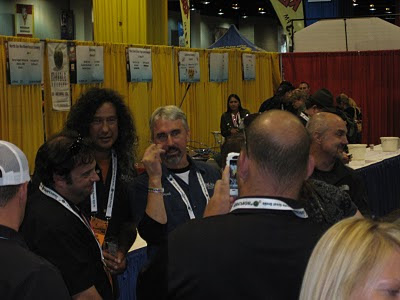 {Real Ale founder and brewer}
I think the GABF is a great place to try beers that you can't get your hands on in your respective state, but all-in-all, it's a bit overwhelming. SO.MANY.BEERS. Not all the beers are great either. Why would you knowingly serve bad beer at this thing?!?! Maybe they didn't know their beer was bad? Who can say.

I would go to GABF again but I would allot some extra time to do more stuff in and around Denver. Next time!