As an Austinite, there are certain things you can't avoid: traffic and festivals every other month!

I usually try to avoid most of the mayhem, but this year I promised myself that I would do a minimum of three SXSW things. After a staggering 10 day tech/movie/music marathon and roadways being chockful of people, I actually accomplished my goal!

In the end, I'm glad I got out and I actually enjoyed the crowds!

Started off at the Austin Chamber of Commerce mixer at Max's Wine Dive. 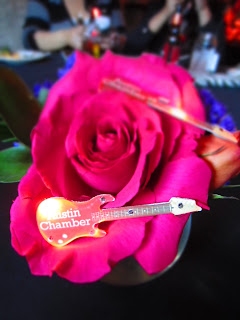 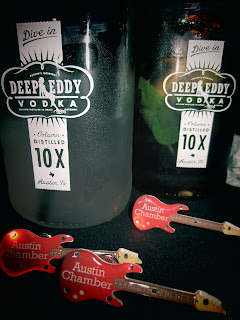 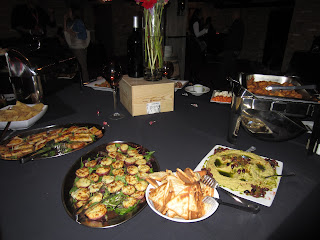 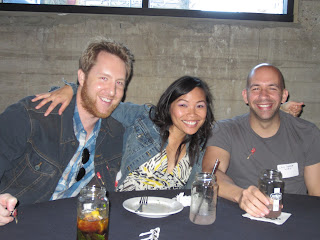 The food was delicious and the Deep Eddy vodka was plentiful. I got a chance to finally meet some of the folks I usually chat with in person -- which is always nice!


Later that night, I got to watch a live taping of Bravo's Watch What Happens Live with Andy Cohen! I'm a loyal watcher of the show so it was a treat to see Andy less than 10 feet away from me. 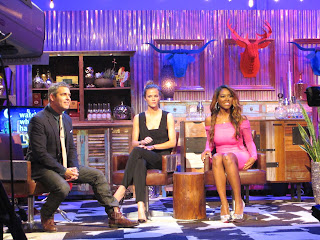 I had a blast with Natalia, Edward, and Hannah! Miss Kenya "Gone with the wind fabulous" was one of the guest's that night. 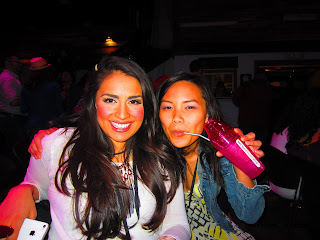 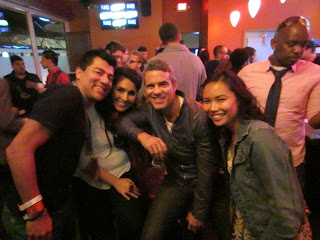 After the taping, we proceeded to Rain. Oh lookie, Andy showed up here too! Go figure.

After work, a group of us went to the W Hotel for the VH1 Music + Pop Culture Event. 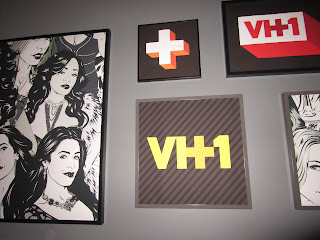 We waited in line for close to an hour, but we finally made it in... right as Youngblood Hawke was about to take the stage! 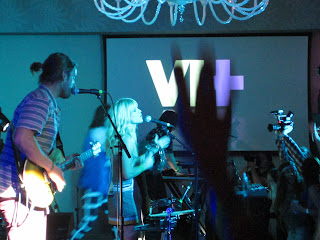 Music, drinks, friendos, cool ranch Doritos... what more can a girl ask for?? 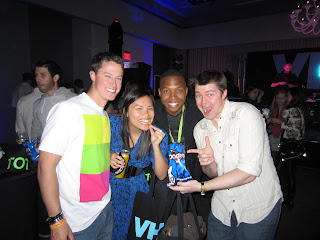 I even got to chat with VH1 Top 20 host, Jim Shearer, as well as some of his producers. 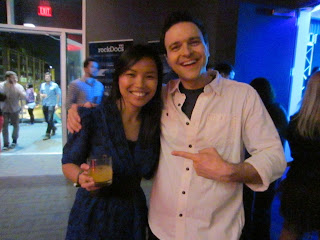 I complained about the show's dvr settings: they have the two-hour show broken up into two shows, instead of having it just as one, really jacks up my dvr timer. But I told them that I'm glad that they air the show in HD now! YAY!

My sis decided to come up for the weekend for SXSW festivities and I'm glad she did! We had a fabulous time!

To kick-off the morning, we went to Rachel Ray's Stubb's party. RR has been hosting this party for several years and people love it. 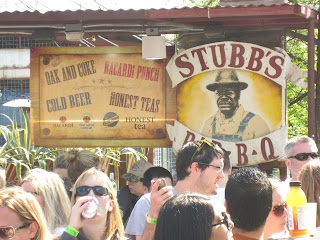 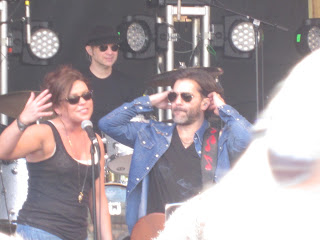 {the host with the mostest}

At 11 a.m., the line to get in was backed up towards I-35, CRAZY. Thankfully, we were able to get in without a hitch! The weather was beautiful and the crowd was great! 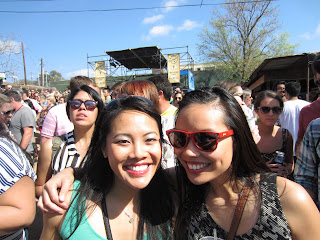 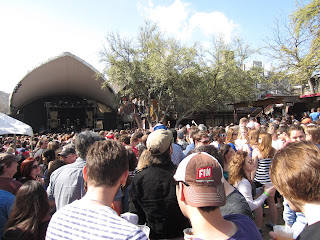 Tequila, vodka. rum, beer, and lots of food. The drink lines were short but the food line was intense. There wasn't a real line, it was more a large mass of people trying to filter into a line. But after 45 minutes of close encounters with random people, Linda and I made it to the food line.

She had a decent menu going: 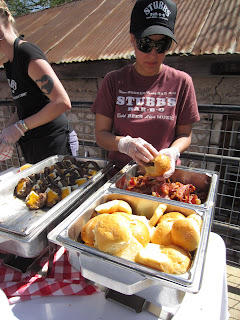 The sliders was my favorite dish. The chipotle ketchup was good and the buns were fluffy! 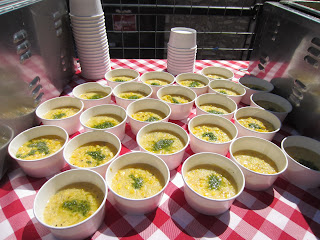 This corn soup was everyone's least favorite dish, I think. The pesto dollop on top was not a good addition. 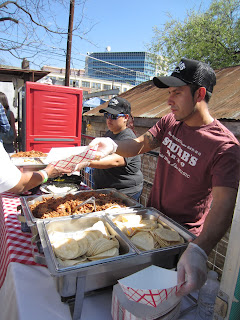 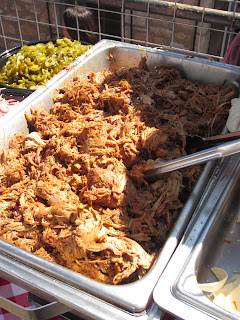 The carnitas tacos were flavorful but nothing amazing. It didn't matter though, I was so hungry, I inhaled it before I even finished the food line! 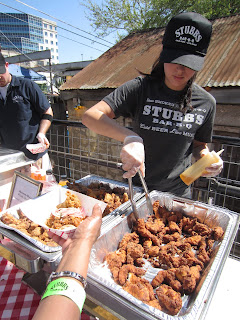 Last but not least, the fried chicken. There were wings and tenders -- both were crispy and delicious with a smattering of honey.

After several hours at the RR party, we met up Micah and went to the Cedar Door for the ASOS party. 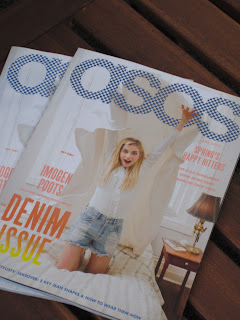 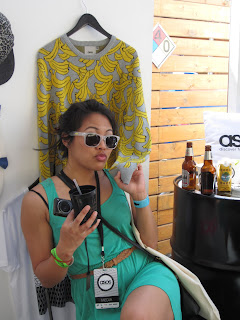 ASOS is a British fashion e-tailer, so they had clothing on display. Check out these banana items!

Red Touch Media was handing out free drives and allowing folks to download free music! Red Touch Media is an offshoot of RedBox... who knew they were going into music and such? Now I know. 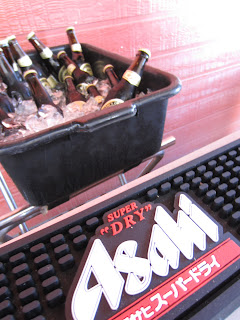 Micah was happy because they had Asahi Black at the party! 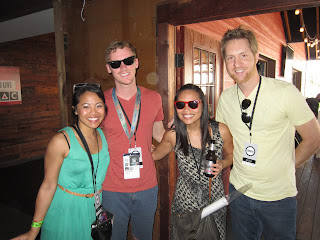 {With Tyler, one of the folks with GiantNoise PR} 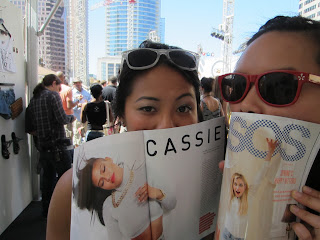 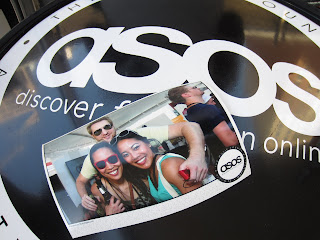 Once again, we saw Youngblood Hawke play at this shindig. Two times in one week! They apparently had 10 shows during SXSW -- not sure how they kept up the momentum, but they did.

Here are some clips from their performance! They even did a Notorious BIG "Juicy" cover!


After a week of free events, I have to go back to the real world and actually pay for stuff when I go Downtown -- but I do have free sunglasses as a souvenir.