It's been four months since we got our first set of chickens and I've yet to consume one egg from my urban farm. We're actually now on our third set of chickens. Yep, you heard that right. It's like the killing fields in our backyard. Even with a reinforced fencing, the dogs still managed to kill two of the chickens (one died of natural causes the week before the second massacre).

Before we got our third set, we reinforced the gate again! I ended up getting chickens from a person who was actually one of the homes we visited during the Chicken Coop Tour back in April. He had three black polish hens, so I got all three! They should start laying eggs in the next few weeks (fingers crossed).

In the past few weeks, we also decided to build a water feeder. I had been using something similar to this, which worked fine but the chickens would kick crap into it and I had to clean it out every day.

So, we decided to make our own water dispenser that would be clean and efficient.

Here are the items we used to make the dispenser, which ends up holding around 1.25 gallons of water and lasts about four days. The total cost of the dispenser? $45. 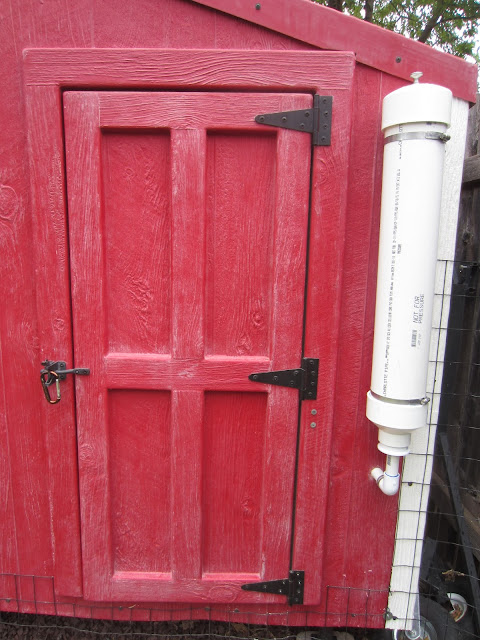 We were able to put the water tube together in less than 1 hour. It was a lot faster than I thought. We had to cut down the 3/4 inch pvc pipe, but that's super easy with a saw and we drilled out the holes for the nipples, but that was quick and easy as well. 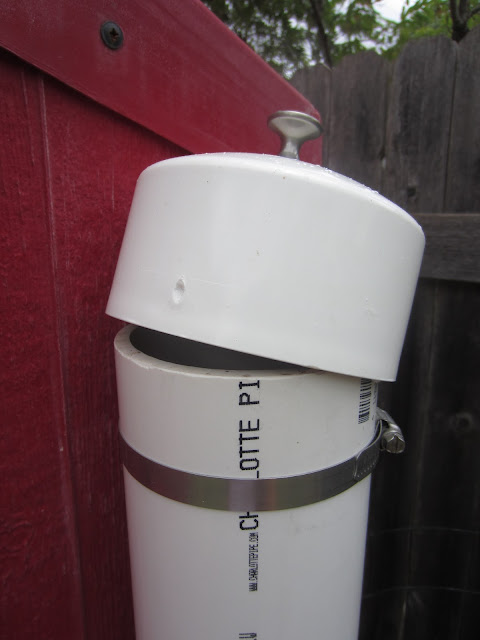 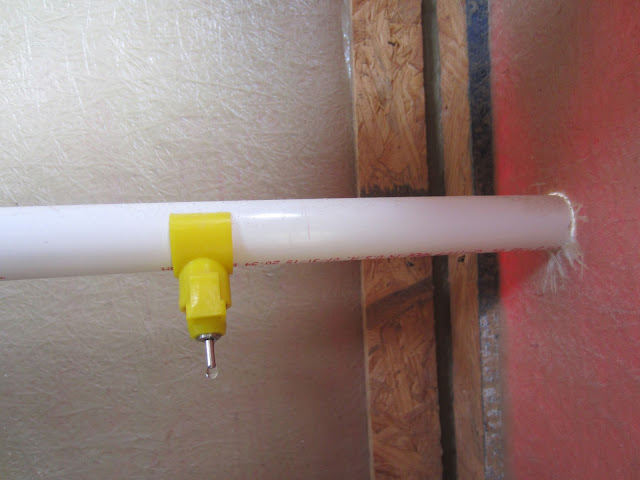 And here are our new chickadees. 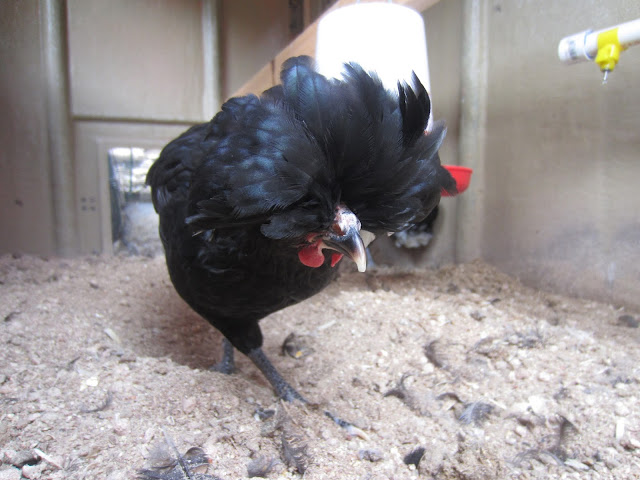 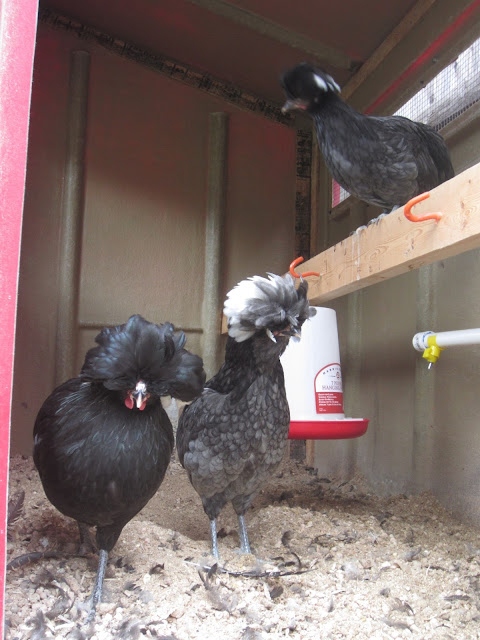