The Germans discovered it in 1904, and they called it San Diego, which in German means “whale's vagina."

For Micah, quotes from Anchorman were his favorite past-time while we visited San Diego in early December. We decided to visit SD after we discussed other options and determined everything else was going to be too cold in December (Micah's a wuss when it comes to cold weather).

When planning trips, I always have to consider beer options... hence why SD was on this rotation. While I've been to SD before (a decade ago!), Micah had never been so we figured it'd be the perfect 4-night trip. And besides, the San Diego Zoo has been on my must-see list for a long time.

Once we had the flights booked, I went searching for our lodging. After searching around, I settled on staying in the North Park neighborhood (there's a crapload of brewpubs in the area) and this vacation rental. The bungalow was within walking distance to most of the brewpubs and plenty of restaurants.

Since there are so many breweries in the San Diego area, we narrowed it down to the ones we really wanted to visit and then added on from there if we had time. If you get a chance, grab the San Diego Craft Brewer's Guild map from the airport or you can check the online version here. I like having a real map with the guide that I can open and close and store in my purse... I blame it on loving key maps as an assignment editor.

So, this is a brief rundown of how our vacation played out.

1. The Brew Project: Place only serves SD brews. Good way to get an idea of what breweries you like in the area. 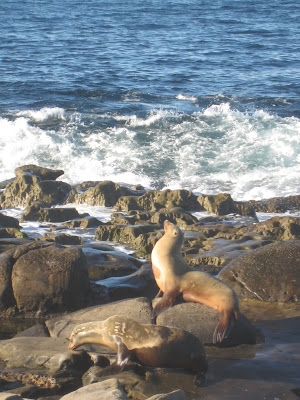 3. Dinner at Underbelly (a ramen place on 30th Street and within walking distance to our rental)

4. Right next door to Underbelly is Modern Times Flavordome. We were going to initially go there first but when we got there the bartender said their CO2 tank had failed and they were waiting on a new one. That's the first time we've ever encountered anything like that! We were actually unimpressed with their beer, even though we've heard great things. We didn't really like anything on their December roster. 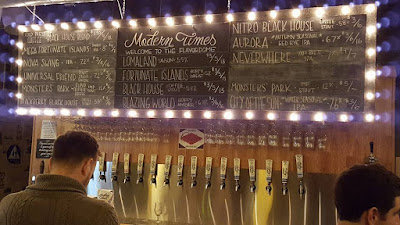 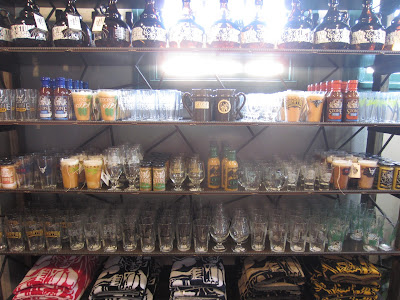 4. White Labs Tasting Room: Learning while drinking. I can get behind that. If you brew, you're familiar with White Labs yeast and a few years ago they decided to open a taproom to showcase their yeast strains - genius! I thoroughly enjoyed the tour and it's fun to see how the yeast strains vary. 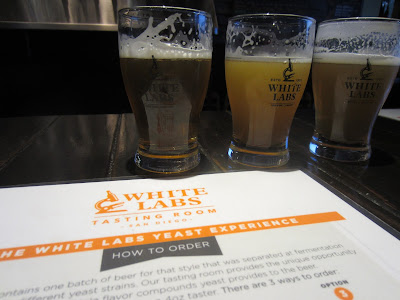 5. AleSmith Brewing: Since we were already in the Miramar area, we decided to check out this place. If you like big and boozy beers, this place is for you. Their new taproom/brewery is massive. 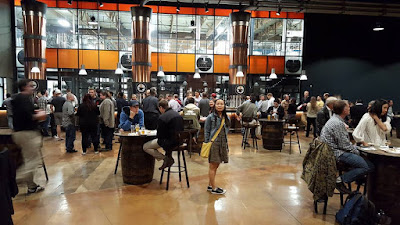 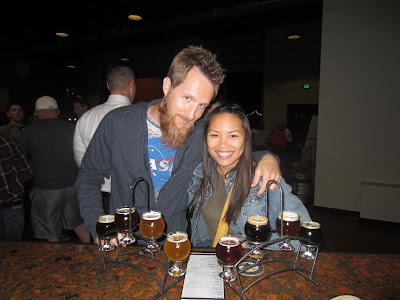 6. Ballast Point: Since it was right around the corner from AleSmith, we checked it out too. This place was hopping! CROWDED! I can see why they got bought out for a bajillion dollars. My least favorite drink there? A watermelon beer -- tasted like a jolly rancher. Gross. 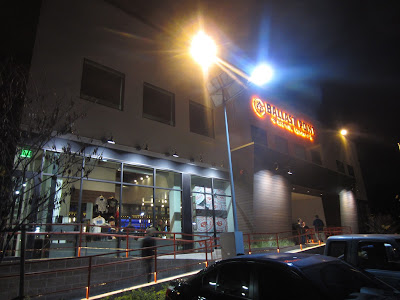 3. Artifex: We then moved over to Artifex, which I really enjoyed. The beers were solid and the price points were spot on for their samplers. 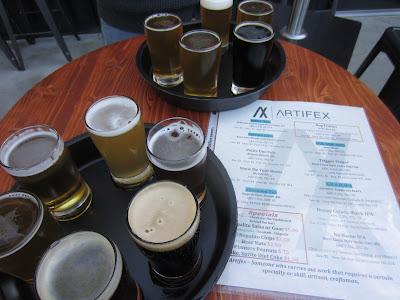 4. Left Coast Brewing: Nothing memorable at this brewery.

5. ToolBox: After saying by to Doug and MaiAnh, we headed back towards SD but made some stops in Vista. We heard that ToolBox had some good sours so it was a no-brainer. We chatted with the bartender, who happened to be the guy who helped them plumb the place and originally worked at Stone Brewing. We really liked the Autumn Bliss and took a bottle home. 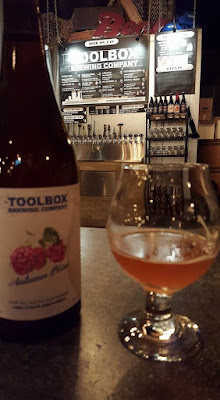 6. Lost Abbey: We had less than one hour at Lost Abbey and we made it quick. Micah loves Lost Abbey so he would've loved a some more time to enjoy the beer there but they were kicking everyone right at closing time. We grabbed a few bottles to go and called it a night.

1. Coronado Beach: Beautiful day for sun and beach! We spent some time just walking around the hotel and the area around the beach. 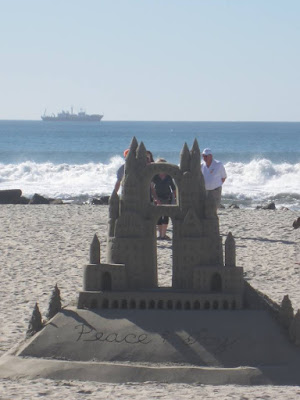 2. Coronado Brewing Company: The brewpub was so busy! After stalking the bar for a few minutes we were able to snag a seat for two at the bar. I didn't love any of their beers but none of them were bad either. 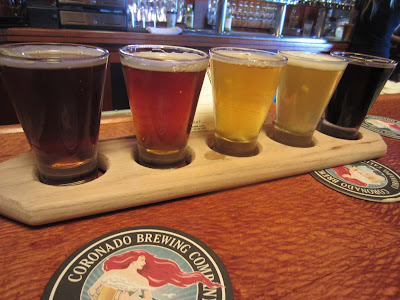 3. Half Door Brewing: Cute place in the downtown area. I liked the gose and the red they had on tap. 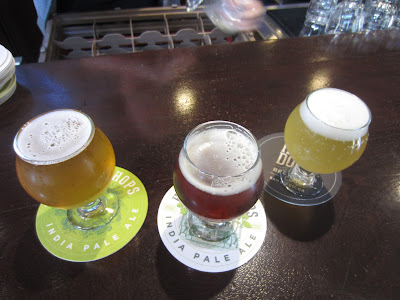 4. Hamilton's Tavern: Saw that they had Pliny on tap so we stopped there on the way back to the house. It's kind of divey but has a great beer selection and is well priced!

5. Oscar's Mexican Seafood: I didn't get to take any pictures (I was HONGRY), but the Mexican ceviche and seafood tacos here were fantastic. Get the grilled octopus - perfectly cooked but still chewy.

6. North Park Bar Crawl: Since there are so many brewpubs in the area, we decided to do a crawl on our last night. We went to Toronado (great beer bar!), Tiger Tiger (not as a great beer selection as Toronado, but good gastropub), Belching Beaver and the last stop was Rip Current Brewing.

Since we had to wake up early the next day for our flight, we called it a night and finished watching Master of None on Netflix! It was the perfect vacation!