Discover Great Music While Stuffing Your Face With Bacon!

While I enjoy good music, I'm not sure I have the energy and mental capacity to go to ACL Fest for a full weekend! Besides, tickets are expensive. I would consider going for one day, but even the idea of dealing with crowds, lines and body odor is not my idea of a funfilled day. I'm a pooper. Micah would be an even bigger pooper.

I will, however, go to a party hosted by VH1, MTV and Pizza Hut! 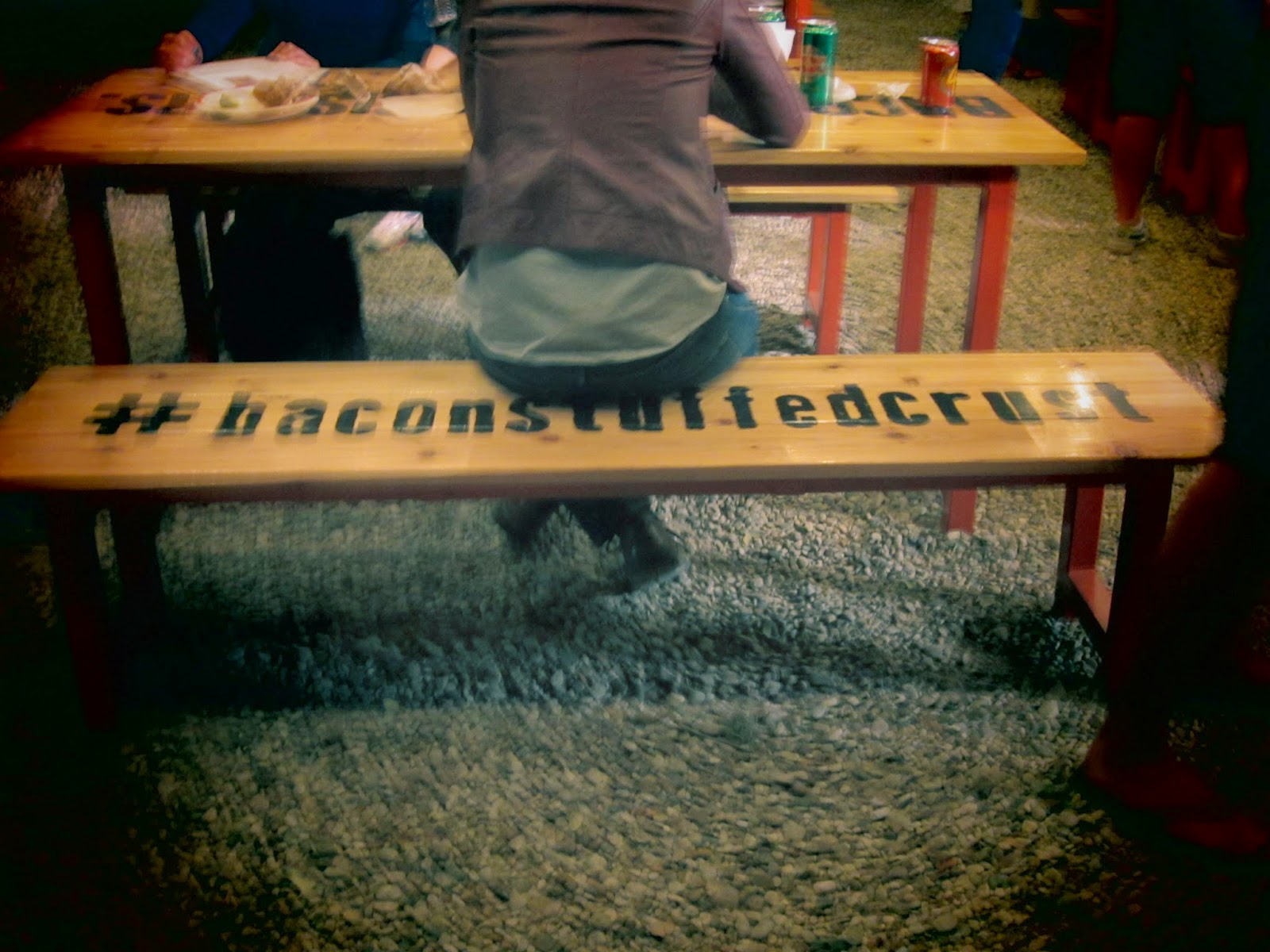 This year, Pizza Hut was promoting their #baconstuffedcrust pizza. While I enjoy bacon, this obsession with bacon is out of control. I don't want bacon on everything! Micah doesn't even eat bacon (or any form of pork for that matter). 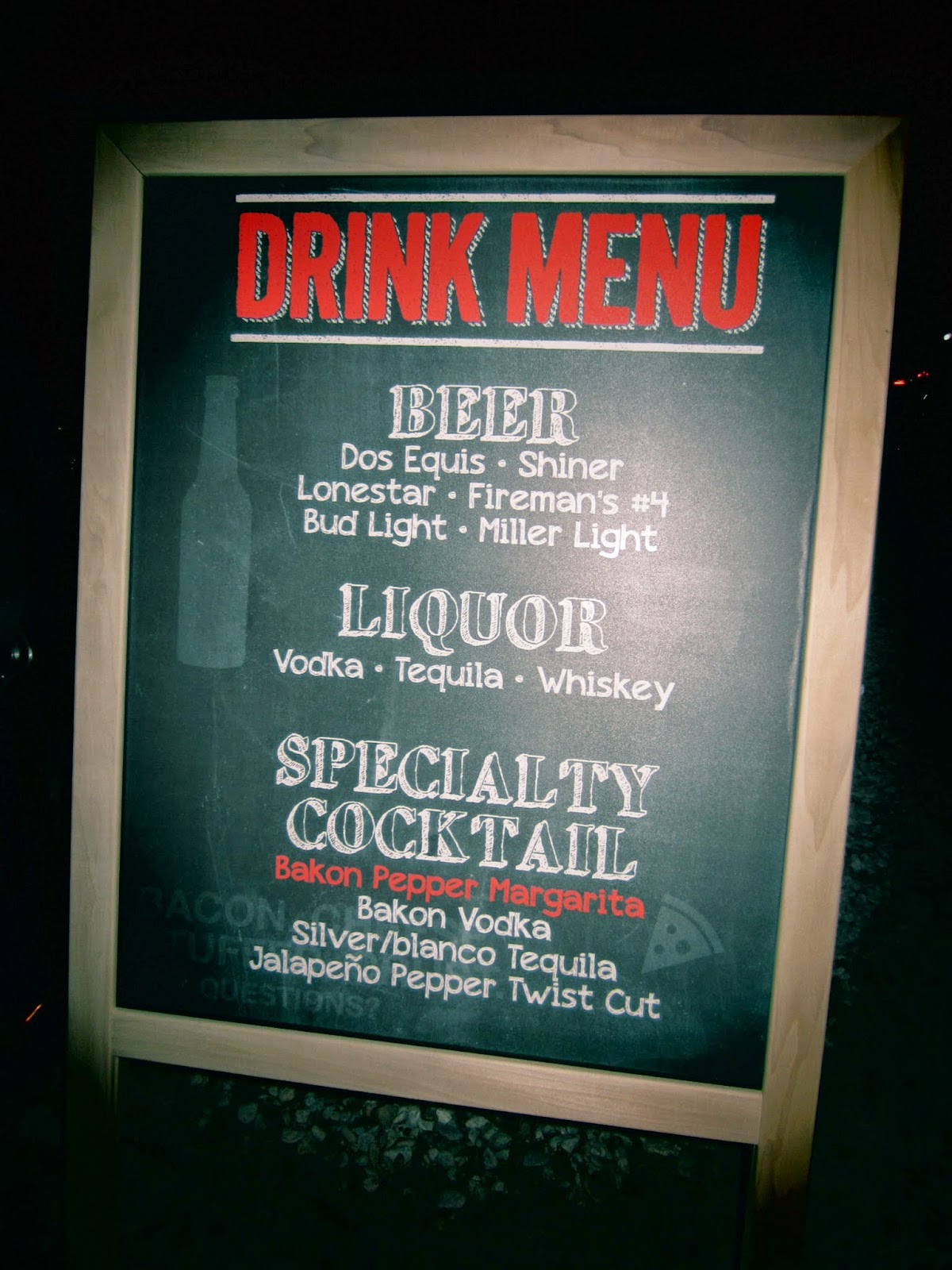 Because it was all hail to the bacon, there was even a bacon drink. It was basically a margarita with vodka bacon -- which ended up being more smokey than bacony.

My favorite VH1 host, Jim Shearer was also on hand to do interviews with the bands playing that night. 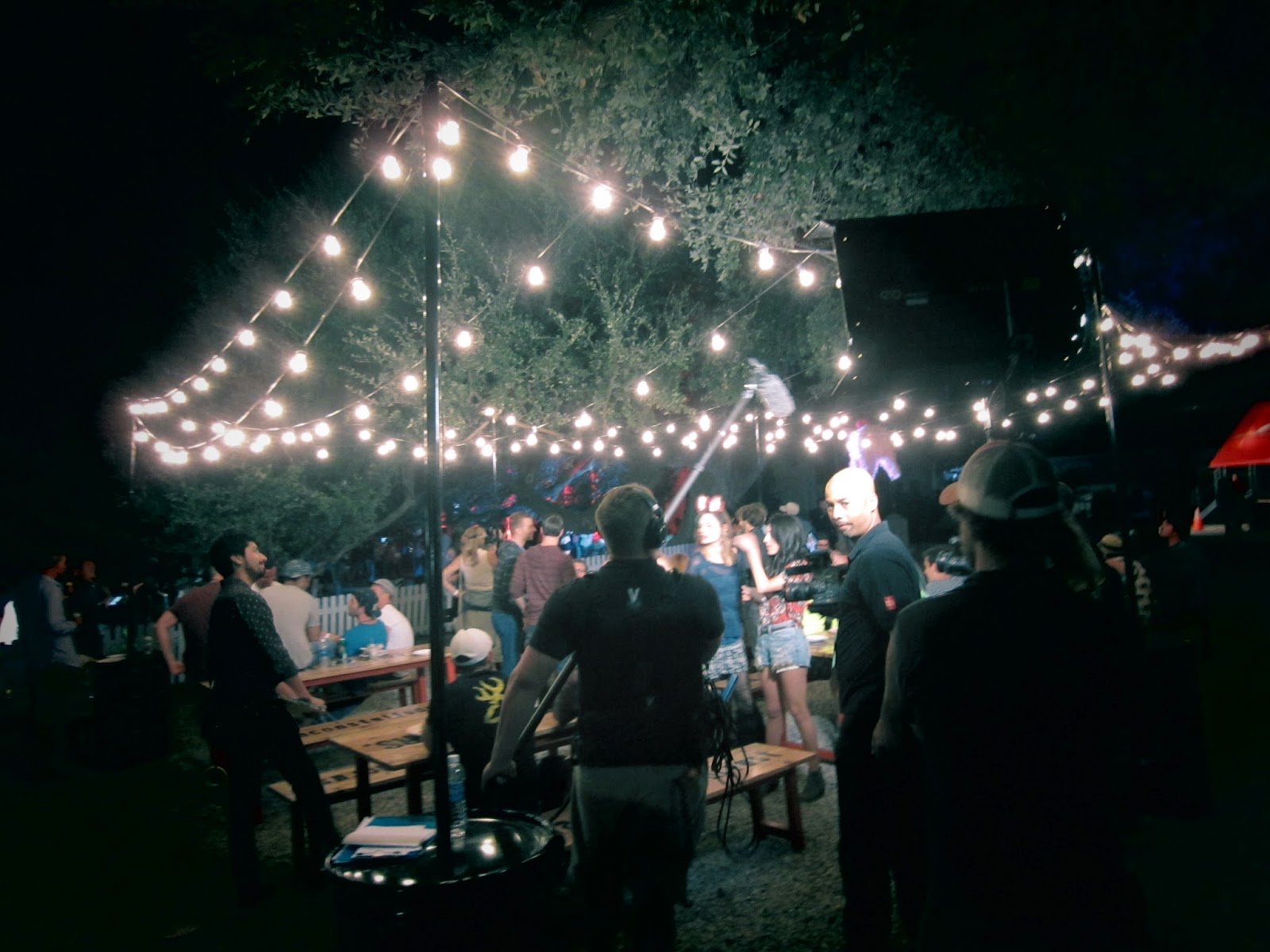 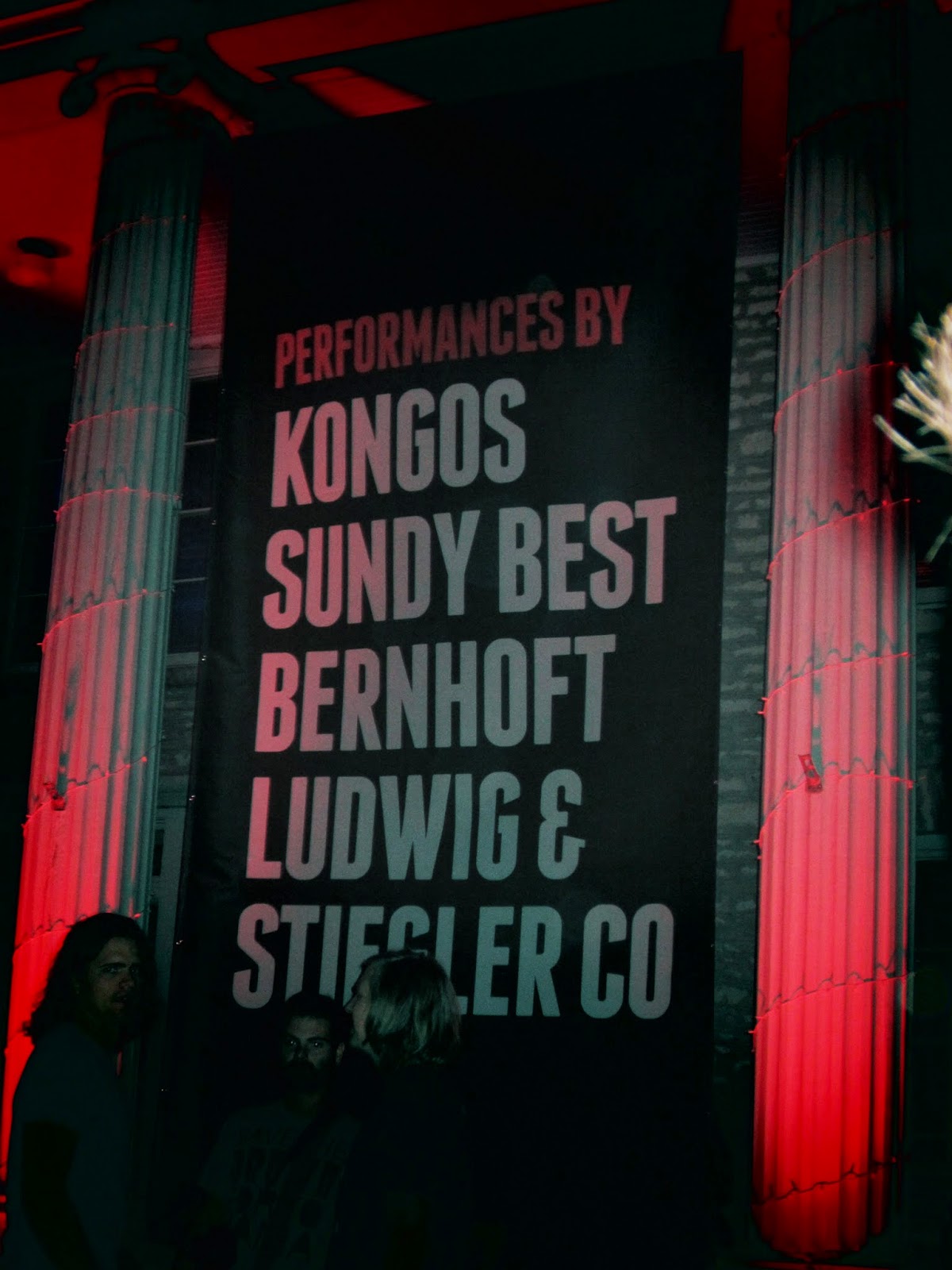 The list of bands playing at the party. Sundy Best started off the night with some country twang. Bernhoft had to cancel for an unknown reason, he apparently cancelled his ACL show as well.

Ludwig & Stiegler played sets inbetween the bands that were playing outside. While they're not a full time traveling duo, they do shows. The trumpist, Spencer Ludwig also plays for Capital Cities.

This team knows how to get a party started! The music is a fun mix of keyboard, trumpet and awesome beats! I can dance to them all night long! Plus, their outfits are ridiculously colorful.

The other band that had a fun crowd was the Kongos. You've probably heard their song "Go With Me Now" on a tv commercial -- well, that's how I came across them anyway. 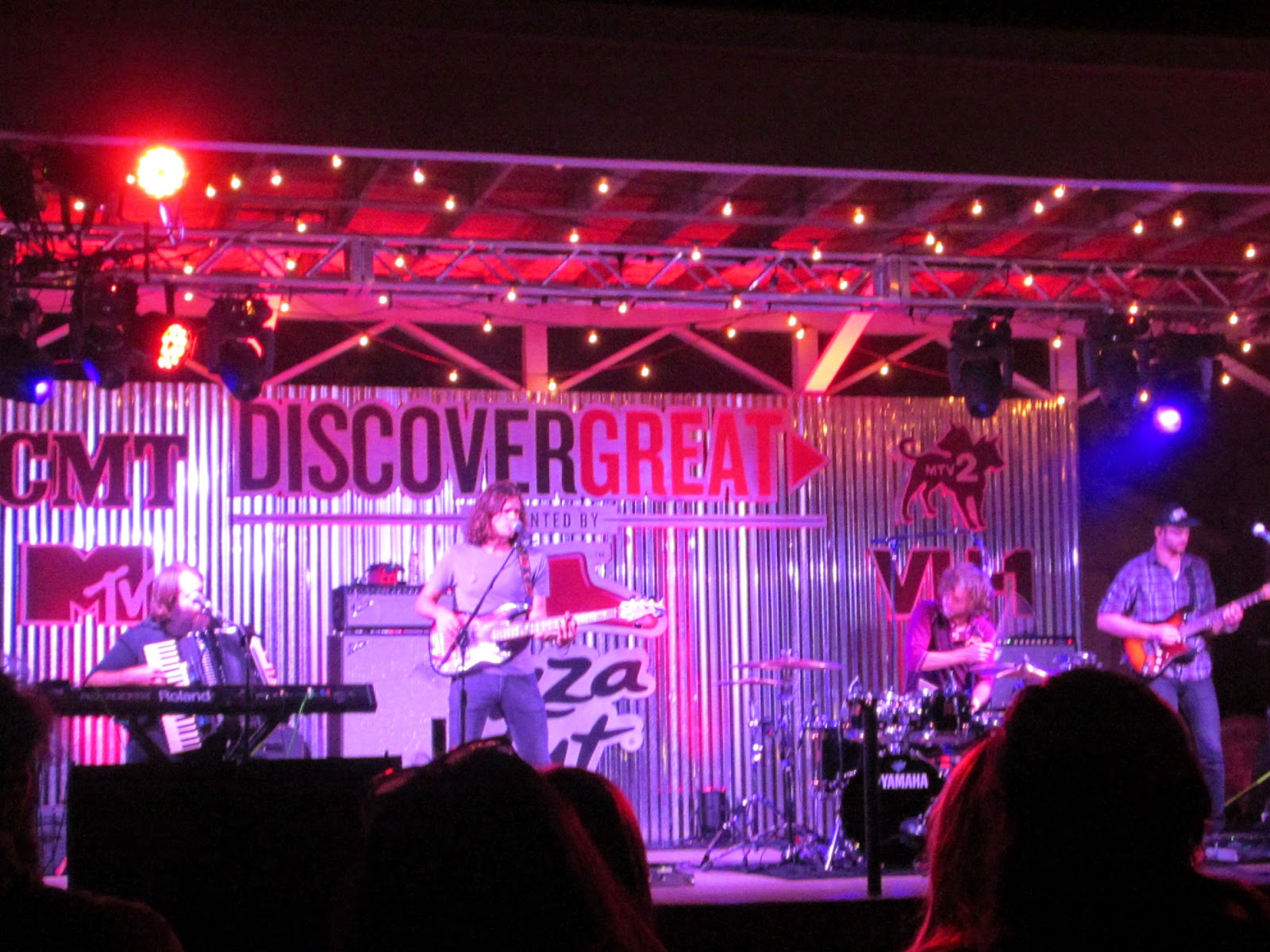 They did fun a mashup of "Come Together" and a old school hip hop song. The last half of the video is their "Go With Me Now" song. If you're at ACL this weekend, check them out on Sunday! 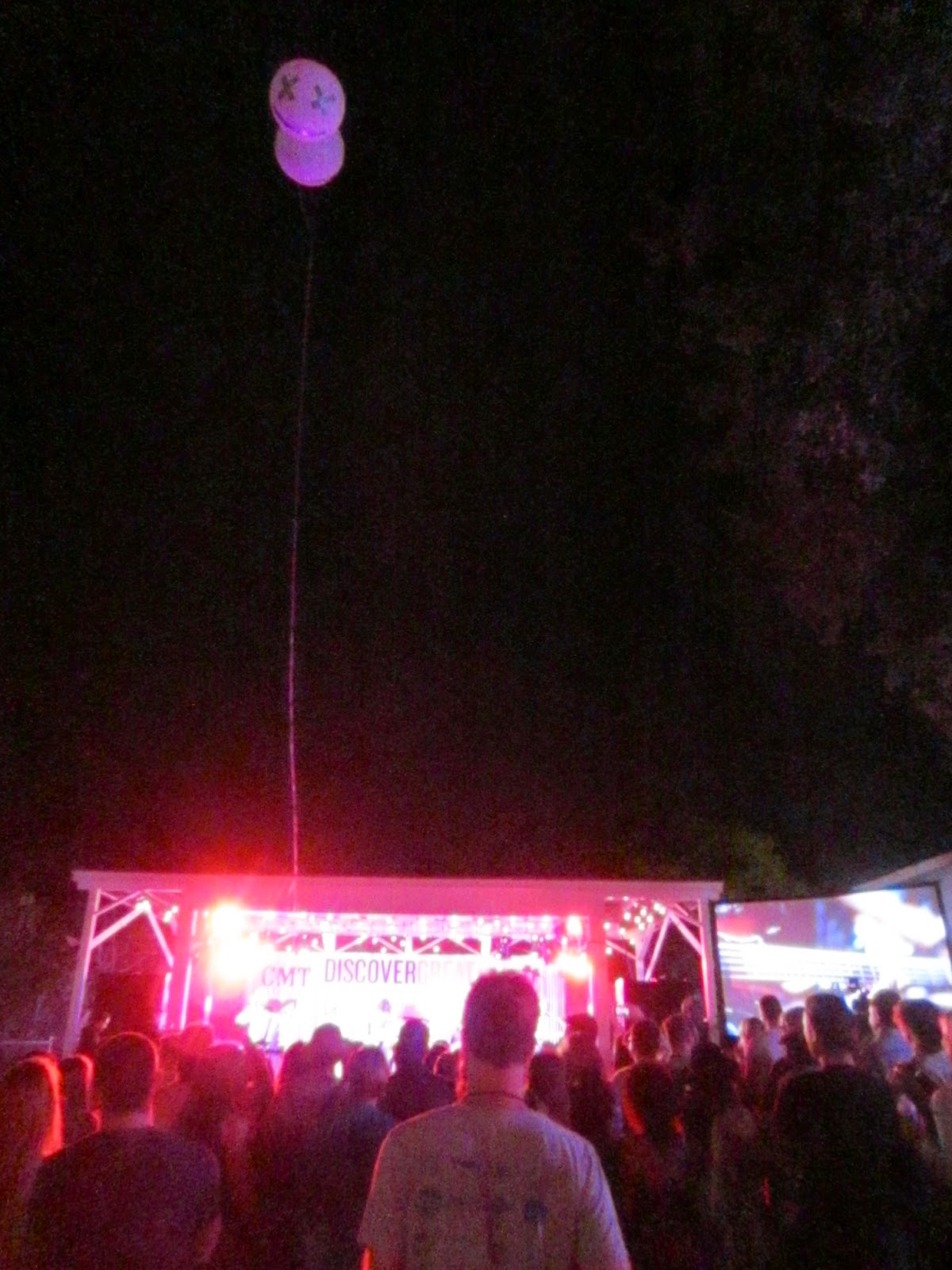 I just loved these balloons some folks showed up with. I guess it's smart to have this as a marker if you're looking for friends in a large crowd at Zilker Park. 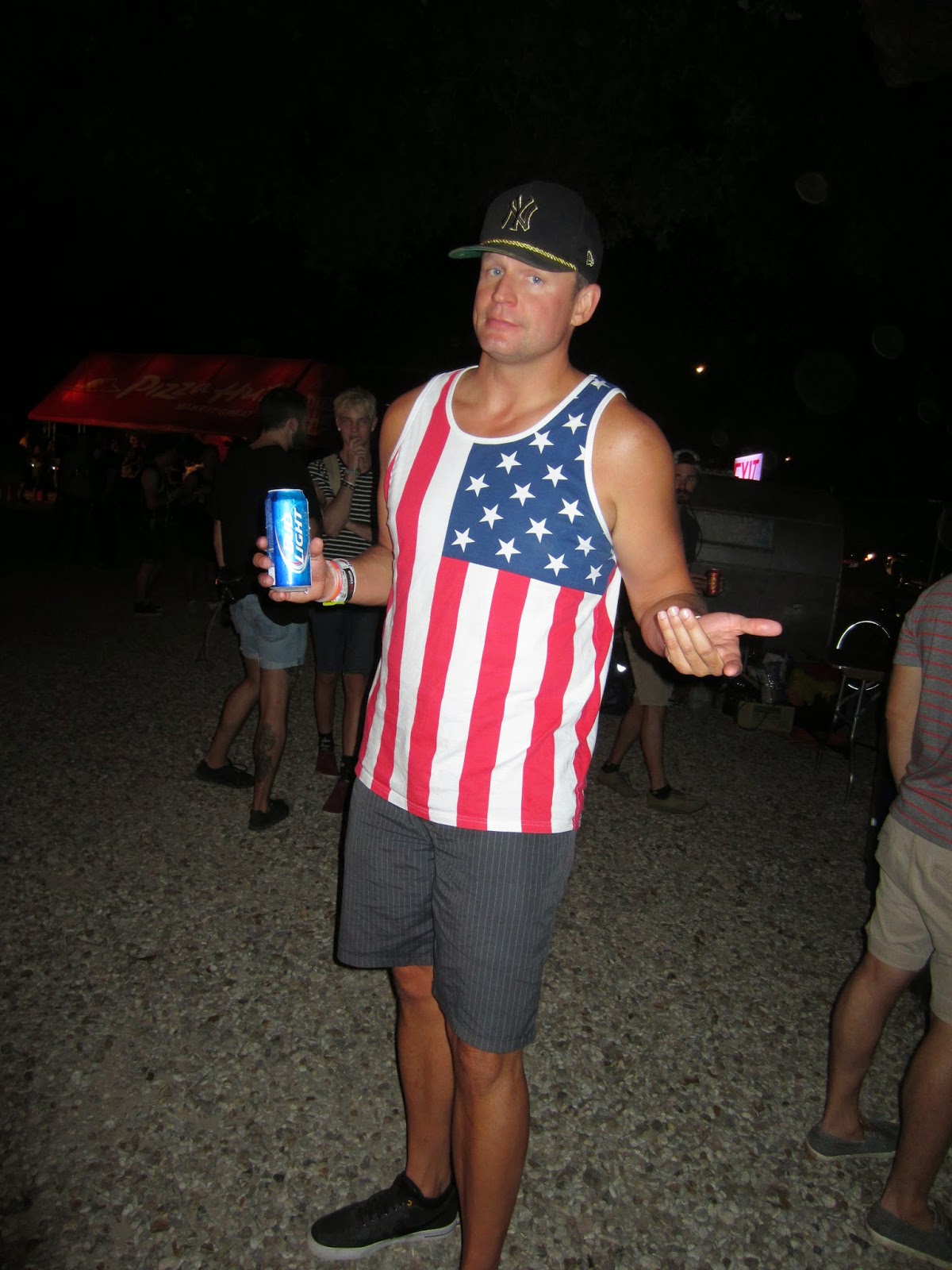 And I had to take a picture of a guy who is rocking an American flag tank. I mean... 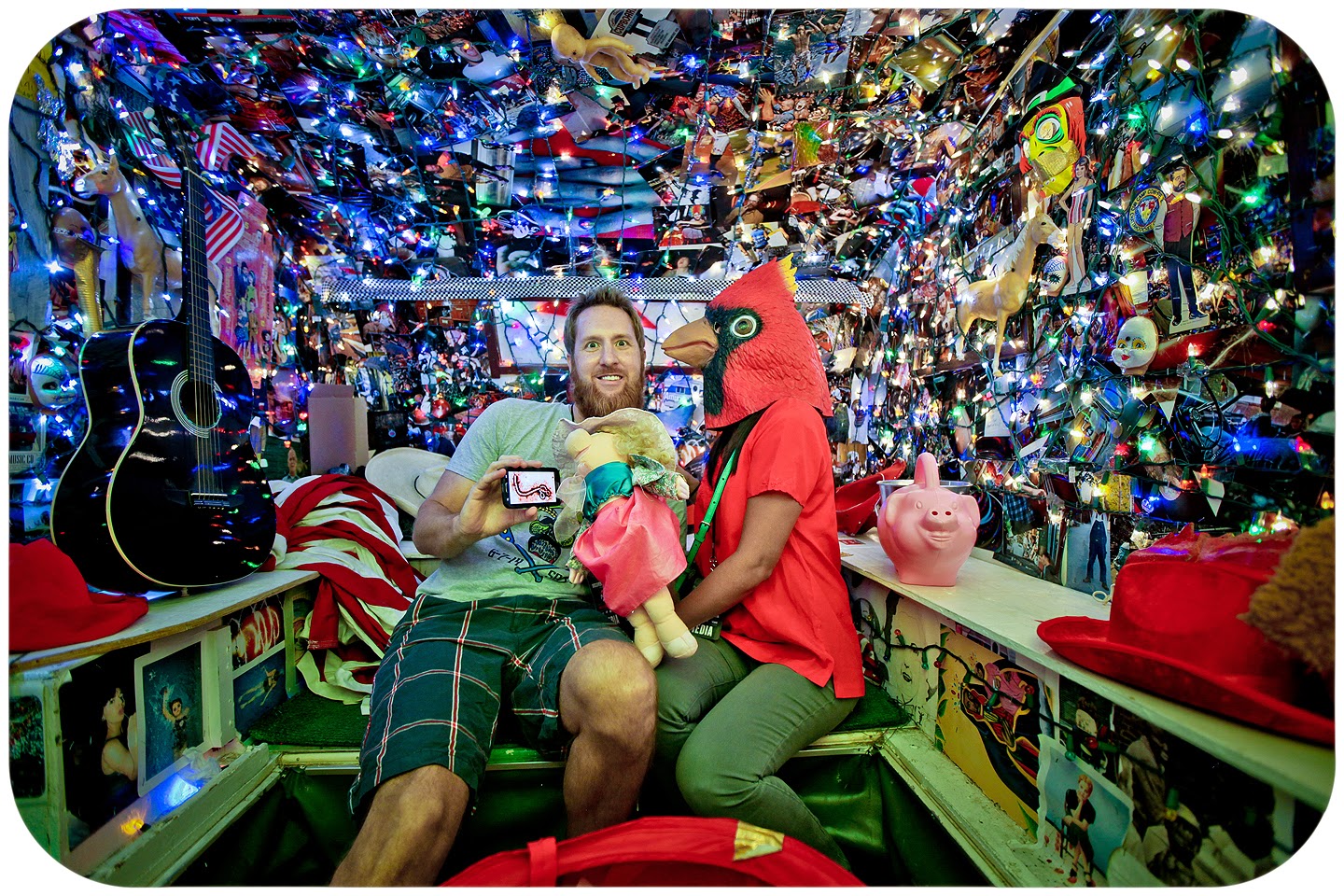 AND THEN THIS HAPPENED. This traveling photobooth trailer is the coolest photobooth I've come across. The company, Amurica, is based out of Memphis. 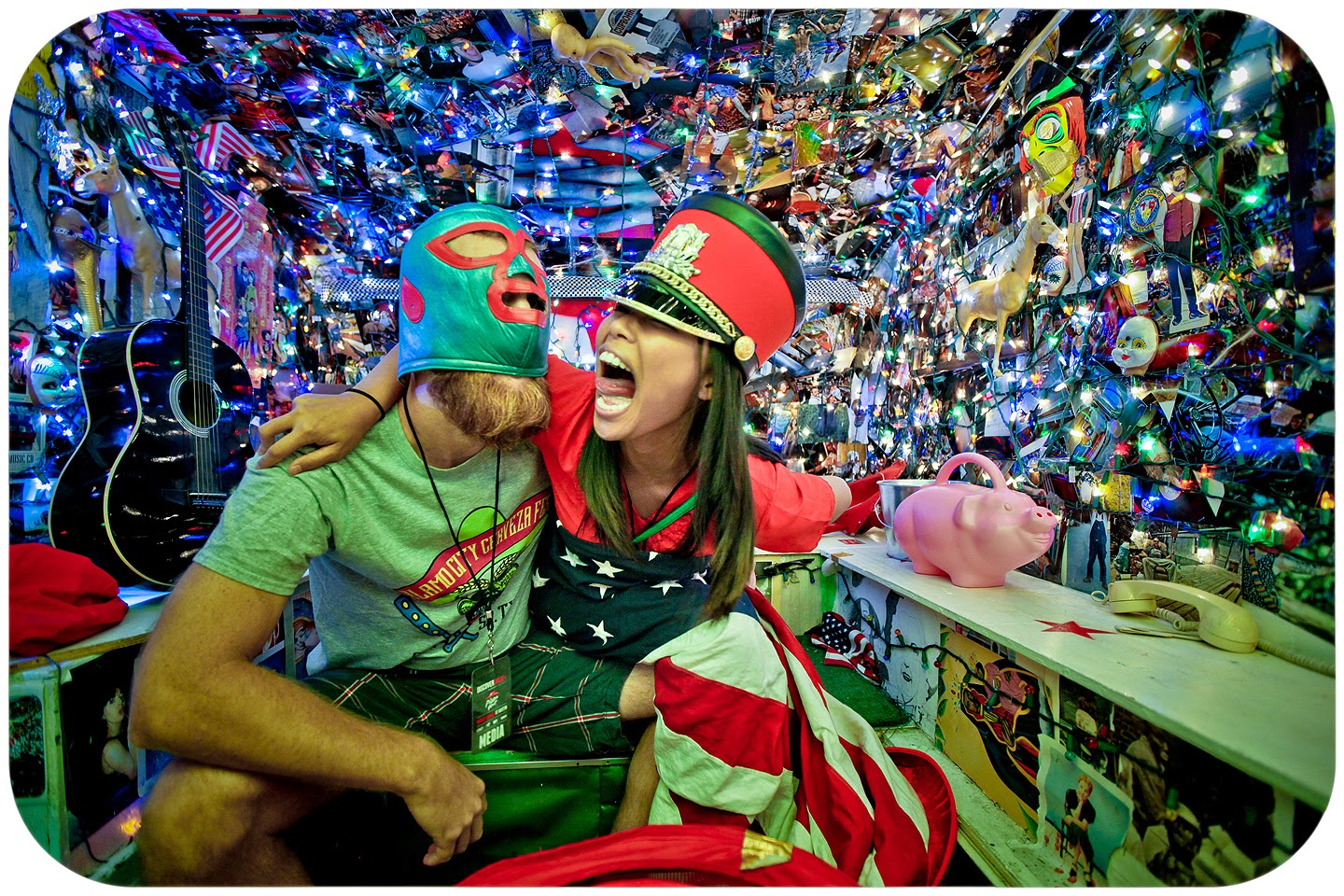